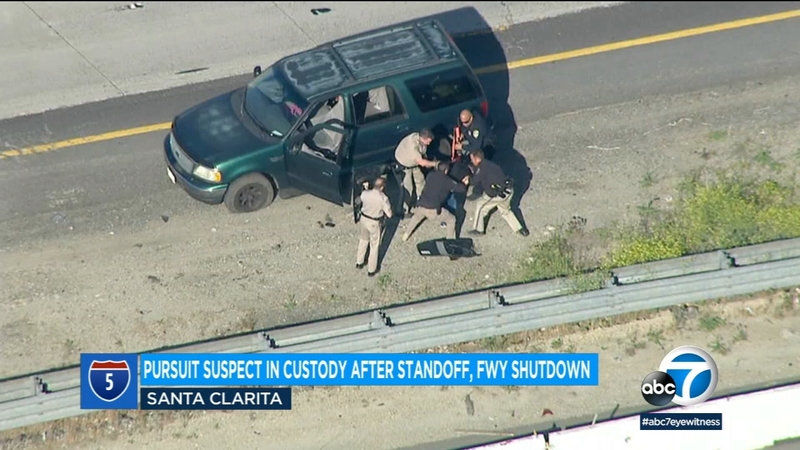 5 Freeway reopens in Santa Clarita after chase ends in standoff

SANTA CLARITA, Calif. (KABC) -- A high-speed chase ended in a standoff Thursday morning on the 5 Freeway in Santa Clarita, prompting the California Highway Patrol to shut down all lanes in both directions during morning rush hour.

Shortly before 9 a.m., the suspect behind the wheel of an SUV pulled over onto the left shoulder on the southbound side of the interstate but did not immediately exit the vehicle, resulting in a barricade situation as CHP officers positioned themselves behind the SUV with their guns drawn.

After a 20 minute stalemate, five officers -- one of them holding a riot shield -- approached the SUV in formation and pulled the driver out. He was then taken to the ground and handcuffed.

The scene was later cleared and all lanes were reopened on the 5 Freeway.

The driver was initially wanted for speed violations and failure to yield, authorities said.