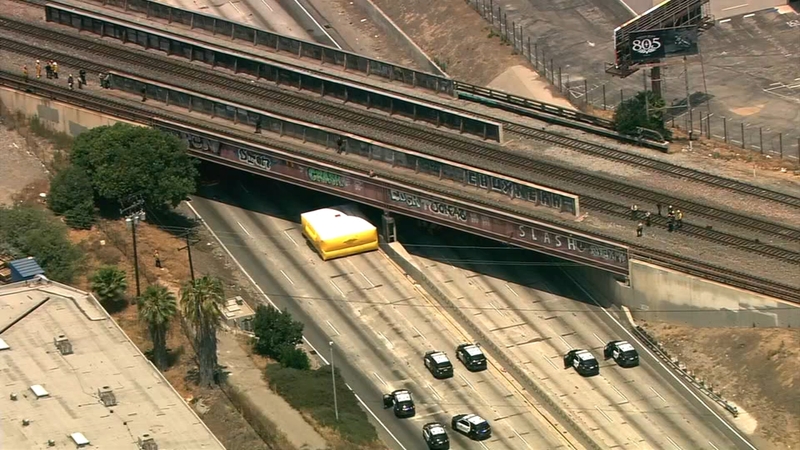 5 Fwy shut down in Commerce due to police activity

COMMERCE, Calif. (KABC) -- The 5 Freeway reopened in Commerce after it was shut down in both directions Wednesday due to police activity involving a man who was possibly threatening to jump from an overcrossing.

The closure near Garfield Avenue was reported around 11:30 a.m., according to Caltrans. Shortly after 1 p.m., both sides of the freeway were reopened to drivers.

AIR7 HD was over the scene where a shirtless man could be seen sitting on the edge of the overpass near the train tracks, and at least one cushion was set up on the ground below.

Details on that man's condition were not immediately released.