COMMERCE, Calif. (KABC) -- Two of the three people killed in a wrong-way crash on the 5 Freeway in Commerce on Sunday have been identified by officials.

An investigation into the cause of the crash was ongoing. 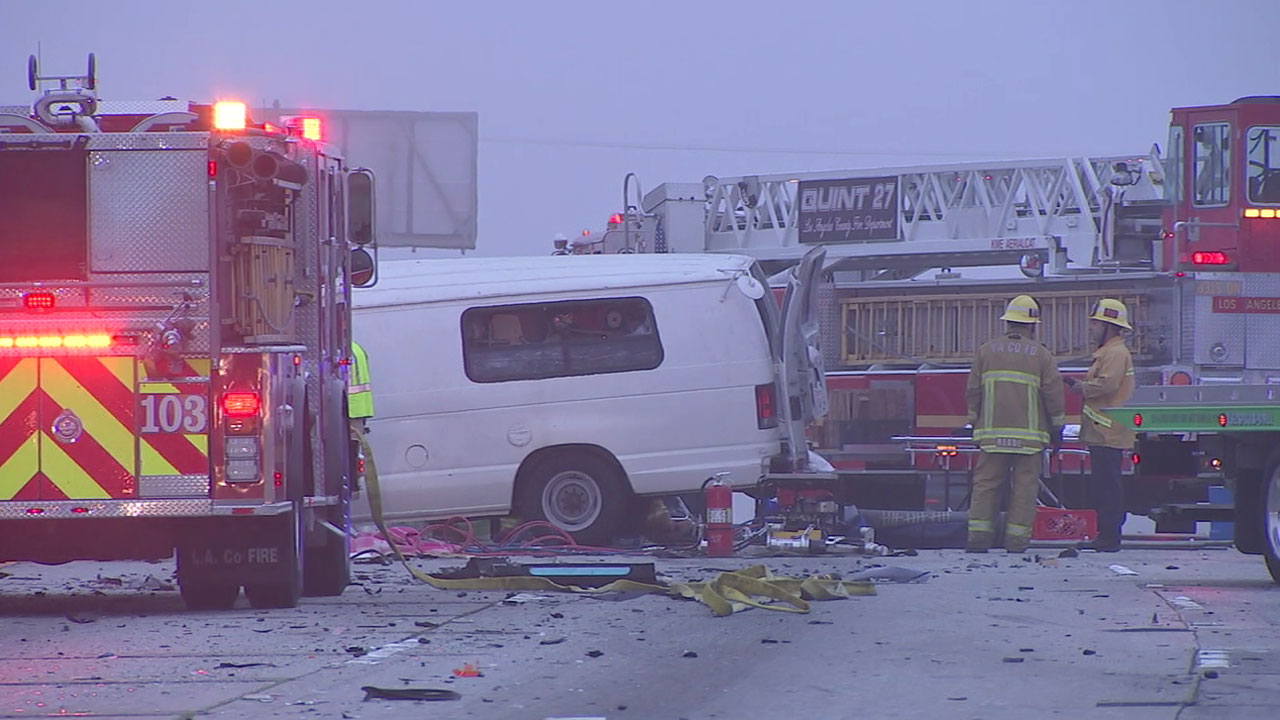 3 dead in wrong-way crash on 5 Freeway in Commerce; all lanes reopened after shutdown