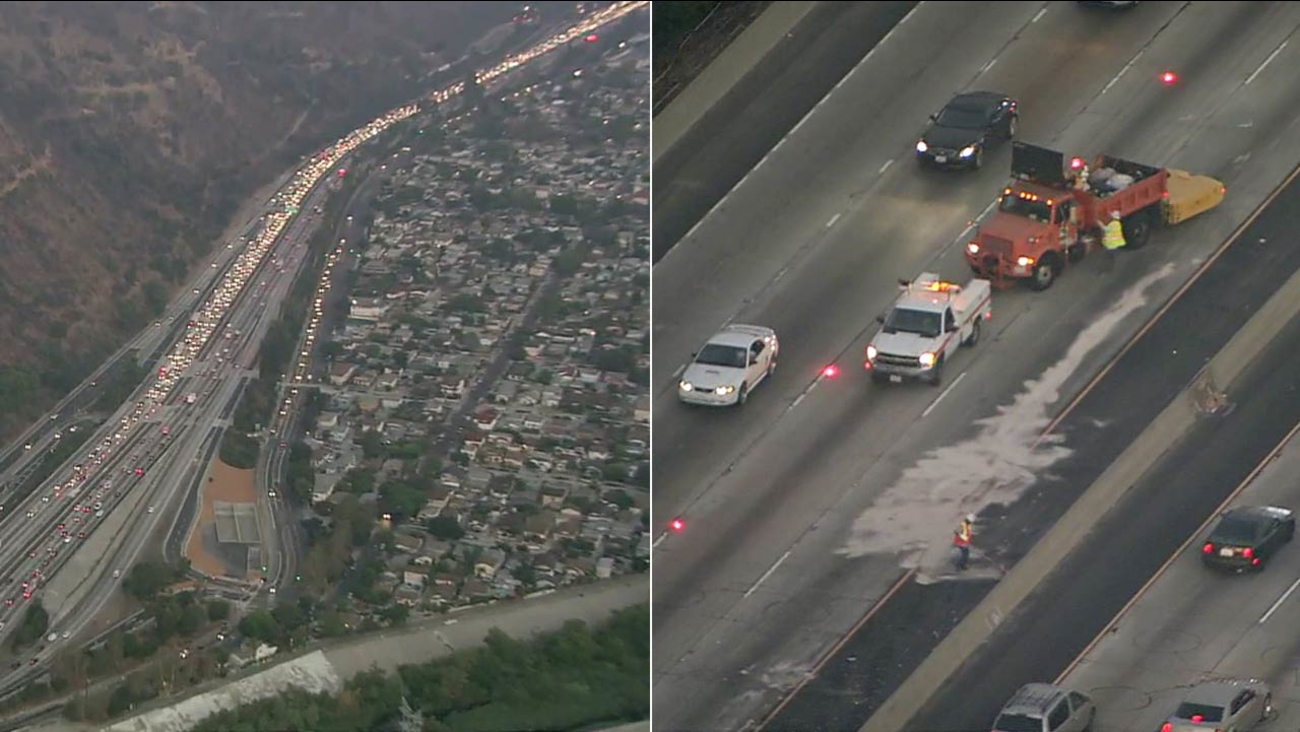 A crash blocked multiple lanes on the southbound 5 Freeway in Elysian Park, snarling the morning commute on Thursday, Sept. 8, 2016.

ELYSIAN PARK, LOS ANGELES (KABC) -- An early-morning crash blocked multiple lanes of the southbound 5 Freeway near the 110 Freeway on Thursday, snarling the commute in Elysian Park.

The crash, which involved multiple vehicles, happened around 4:15 a.m. A fuel spill occurred as a result. Injuries were unknown.

All lanes were briefly closed, but a few lanes were reopened to let cars through. Traffic was backed up for miles on the 5 Freeway, and the drive along surrounding freeways were also affected.

All lanes were reopened shortly after 7 a.m., according to California Highway Patrol.