1 killed in crash on 5 Freeway near Sylmar 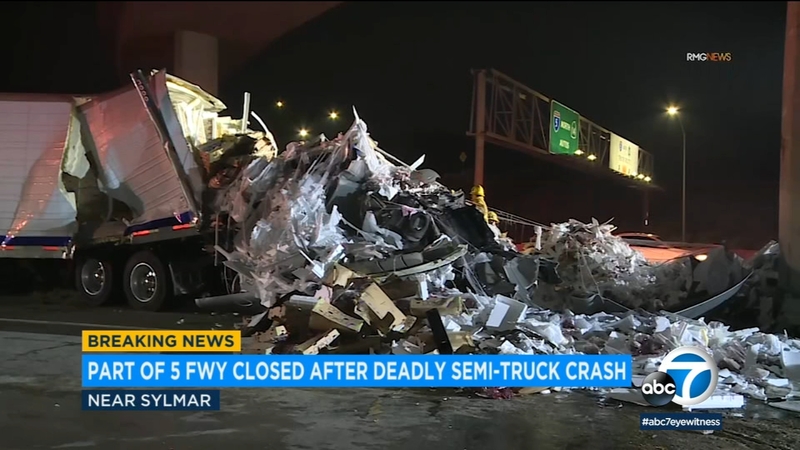 1 killed in crash on 5 Freeway near Sylmar

SYLMAR, LOS ANGELES (KABC) -- A driver was killed after crashing a semi-truck into a bridge pillar on the southbound lanes of the 5 Freeway near Sylmar, prompting multiple lanes in the area to be closed early Thursday morning.

The crash occurred near the 5 Freeway at the 210 Freeway shortly before midnight on Wednesday.

The semi-truck was carrying grapes and was in the truck route when it drifted to the left, striking a bridge pillar, Sgt. Jonathan Yochim of the California Highway Patrol said.

The CHP said the driver died at the scene, while another person trapped inside the truck was transported.

Caltrans was at the scene assessing damage to the pillar.

Multiple lanes, including the truck routes, were closed.