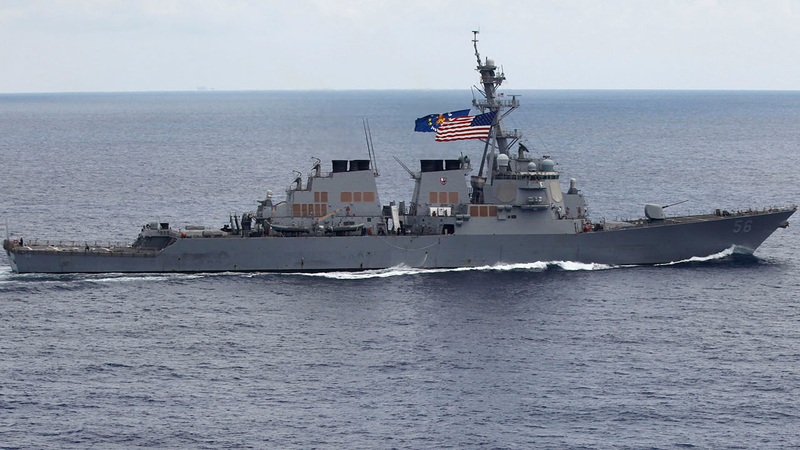 SINGAPORE (KABC) -- Five sailors were injured and 10 others were missing after a U.S. Navy guided-missile destroyer collided with a merchant ship in waters east of Singapore, prompting a search-and-rescue operation, the Pentagon said Sunday.

The nature and extent of the sailors' injuries were unclear.

At the time of the incident, reported at 6:24 a.m. local time, the USS John S McCain was underway in the Strait of Malacca. The body of water separates the Malay Peninsula and the Indonesian island of Sumatra.

Sen. John McCain reacted to news of the collision involving the vessel that is the namesake of his father and grandfather, both of whom were Navy admirals.

"Cindy & I are keeping America's sailors aboard the USS John S McCain in our prayers tonight - appreciate the work of search & rescue crews," McCain said on Twitter.

Adm. John Richardson, the chief of naval operations, tweeted: "Our first priority is determining the safety of the ship and crew. As more information is learned, we will share it."

Our first priority is determining the safety of the ship and crew. As more information is learned, we will share it. https://t.co/E7j7CvKE2b