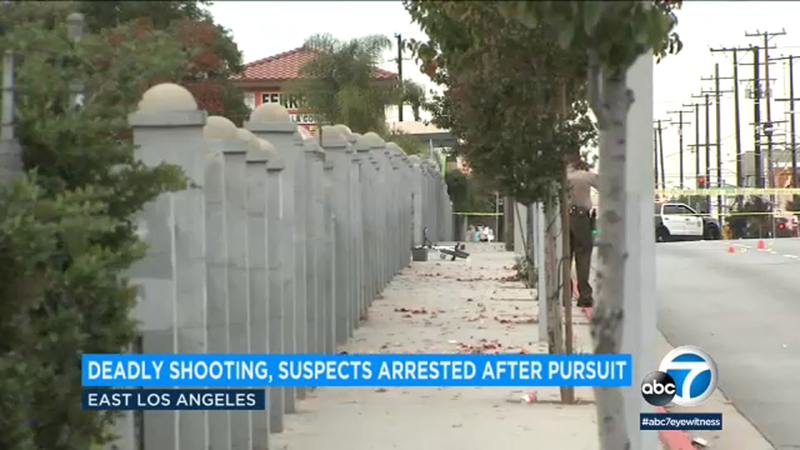 The suspects led authorities on a pursuit through East L.A. on the southbound side of the 5 Freeway before getting onto surface streets in Downey and crashing, authorities said.

Authorities then took the suspects into custody. All are believed to be tied to the shooting.

The suspects -- three males and two females -- allegedly threw out a weapon during the pursuit, triggering an investigation, which temporarily shut down the 5 Freeway at Washington Boulevard in Commerce. Two of the suspects are juveniles.

A handgun was recovered in the area, authorities said.

The shooting occurred at approximately 12:31 a.m. on the 4300 block of Whittier Boulevard, according to a news release by the Los Angeles County Sheriff's Department.