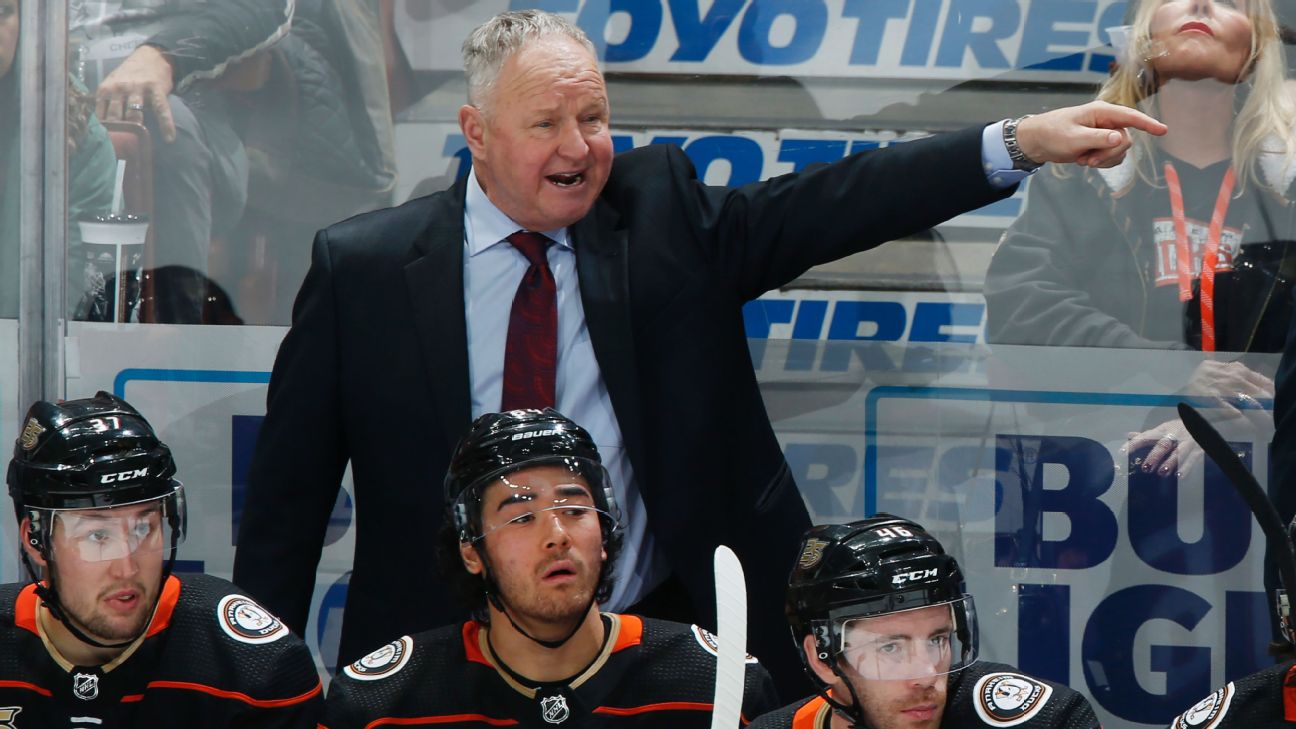 Mired in a two-month tailspin, the Anaheim Ducks fired coach Randy Carlyle. Bob Murray, the team's general manager, will serve as interim coach for the remainder of the season.

Carlyle, 62, was in his second stint with the Ducks and is the winningest coach in team history. He led the team to a Stanley Cup in 2006-07, his second season with the team. He was fired after a slow start to the 2011-12 season and was hired by theMaple Leafs. Toronto let him go in 2015.

"We thank Randy for everything he has done for the organization," Murray said in a statement. "Leading the team to a Stanley Cup and three conference final appearances, he has accomplished so much in Anaheim. Difficult decisions need to be made when times are tough, and our play has clearly been unacceptable. We have a tradition of success in Anaheim, and we need to get back to that."

Sources say Murray was hesitant to fire Carlyle earlier because he does not believe in midseason coaching changes. Dallas Eakins, the coach of the Ducks' AHL affiliate, the San Diego Gulls, would have been in consideration for the interim job, but the Gulls are having a strong season (currently third in the AHL's Pacific Division), and Murray was wary of impeding development there. Eakins is the front-runner for the full-time job in 2019-20.

The Ducks have spiraled the past two months. By mid-December, they had 19 wins in their first 35 games, boasting the ninth-best record in the league and top record in the Pacific Division. Since then, Anaheim has gone 2-15-4, including a 12-game losing streak, which is the worst record in the league. Anaheim entered Sunday's action in last place in the Pacific Division. Before Carlyle's dismissal, the Ducks had lost seven straight games, and in them, they were outscored 37-8.

"What has happened here lately and how we have played, it was time for change," Murray said during a conference call. "Some people thought I waited far too long, but this team has a history of coming on and charging late. I realized it wasn't going to happen a few days ago."

Rickard Rakell, Cam Fowler, Ryan Miller and Patrick Eaves have all missed time to injury this season. Forward Ondrej Kase is out for the remainder of the season after undergoing surgery for a torn labrum. Corey Perry underwent surgery in training camp for an MCL injury and made his season debut on Feb. 3.

Anaheim faces difficult personnel decisions as it gears up for a retool. The "big three" of Perry, Ryan Getzlaf and Ryan Kesler are all over the age of 33 and have each battled significant injuries the past two seasons. Perry and Getzlaf have cap hits above $8 million and are under contract through 2020-21. Kesler, with a $6.875 million cap hit, is under contract through 2021-22. All three players have no-movement clauses.

Murray has begun trying to reshape the roster, with eight trades since Dec. 3.

"It's a combination of everything, but what bothered me the most was the lack of emotion," Murray said. "We've always pushed back. We never accept, and they were accepting, and that is unacceptable. We have to change that."

The Ducks qualified for the playoffs each of the past six seasons. Only the Pittsburgh Penguins have a longer streak. On Dec. 8, Murray signed a two-year contract extension to take himthrough the 2021-22 season.

"Bob's obviously going to need to implement his vision of what he envisions our team doing,'' Getzlaf said following Sunday's practice. "We had a good practice, lots of talking and lots of trying to understand exactly what's going on and what he wants to see out of us."

Fowler said he hopes the change can shake the Ducks into making a late run.

"Sometimes all you need is a fresh start to get some good mojo,'' he said. "We felt like we were just kind of stuck in neutral, and as hard as we were trying to work to get things going better, we just couldn't find a way to do it.'' 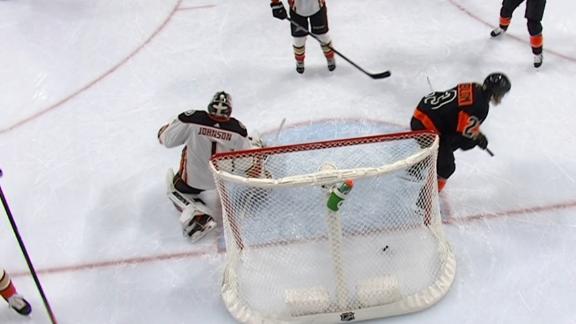