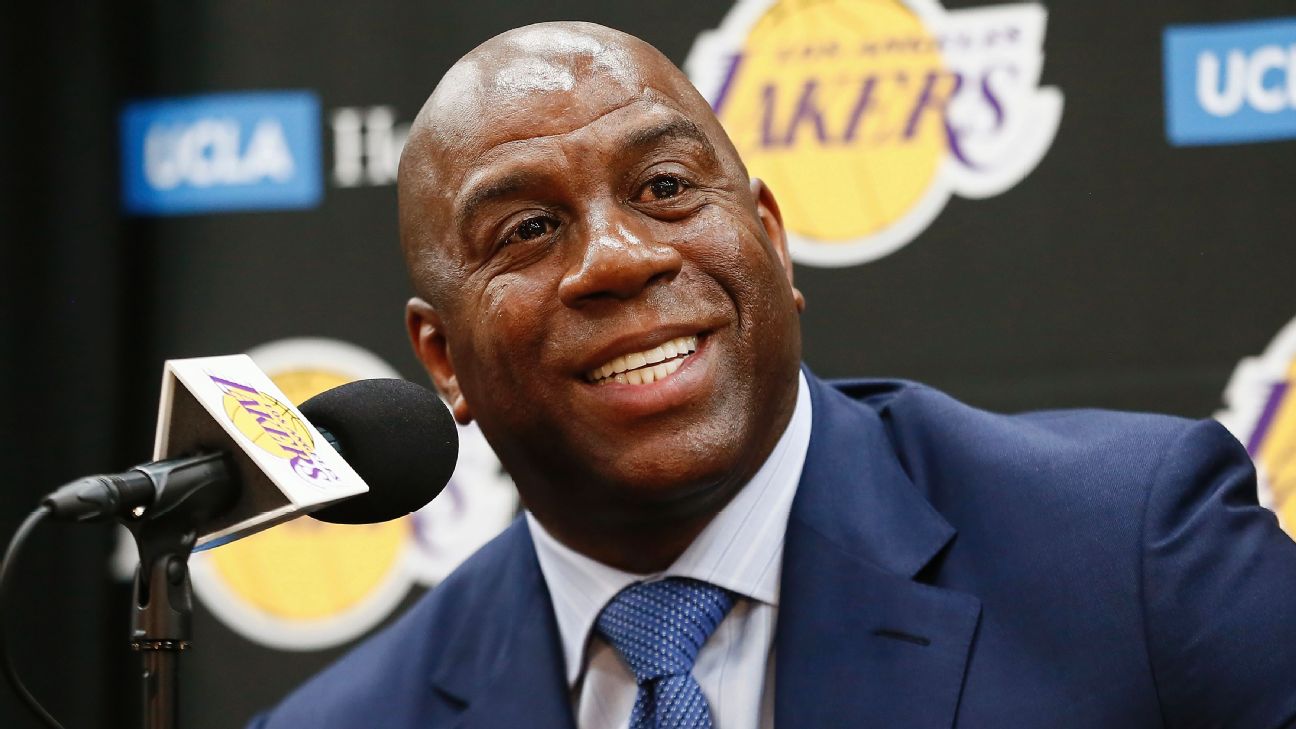 "You know I can't answer any questions about no players, because every time I do it, I get fined," Johnson told Carolina Blitz at an NBA All-Star event Thursday. "But anybody else do it, they don't get fined. So, I'm going to stay away from that one."

Johnson was asked about Simmons before the Lakers played the Sixers on Sunday, and he revealed that someone in Philadelphia's organization had reached out to Lakers general manager Rob Pelinka about setting up a meeting between Johnson and Simmons in the offseason.

Johnson said he was up for it, pending approval from the league and the Sixers, which prompted the NBA to launch an investigation Monday as to whether Johnson had any contact with Simmons that was out of bounds.

Sixers GM Elton Brand briefly escalated the appearance of wrongdoing on the Lakers' part by telling WPEN-FM 97.5 The Fanatic in a radio appearance, "Rob Pelinka called me and said that Ben [Simmons] wanted to talk to Hall of Famers after the season, Magic was on the list. He asked for authorization. ... I said no."

Brand did not mention in that interview that someone from the Sixers had contacted Pelinka first, prompting Pelinka's call to Brand.

The Lakers issued a statement later Monday that read: "To clarify, last November the 76ers sent an email to the Lakers asking if Ben Simmons would be able to speak with Magic Johnson about his Hall of Fame playing career. After receiving the email request from the 76ers, Lakers General Manager Rob Pelinka contacted 76ers General Manager Elton Brand and informed him that Magic could only do so if the 76ers gave him pre-written approval. That was the end of the matter."

By Tuesday, the league dropped its investigation and exonerated the Lakers.

"We have concluded that Magic Johnson's statements regarding Ben Simmons do not constitute a tampering violation," the NBA said in a statement. "The Philadelphia 76ers initiated the contact with the Los Angeles Lakers by requesting a meeting between Johnson and Simmons. Both organizations ultimately concluded that such a meeting did not make sense at this time but in that context, Johnson's response to a media inquiry regarding Simmons does not run afoul of league rules."

Since Johnson was hired by Lakers governor Jeanie Buss to run the team in 2017, the Lakers have twice been fined for tampering: $500,000 for contact between Pelinka and Paul George's agent and another $50,000 for comments Johnson made about Milwaukee Bucks superstar Giannis Antetokounmpo.

Contrary to Johnson's claim that he is the only executive targeted for tampering, Bucks co-owner Alex Lasry was fined $25,000 just this week for comments made regarding New Orleans Pelicans star Anthony Davis, a source told ESPN's Malika Andrews. 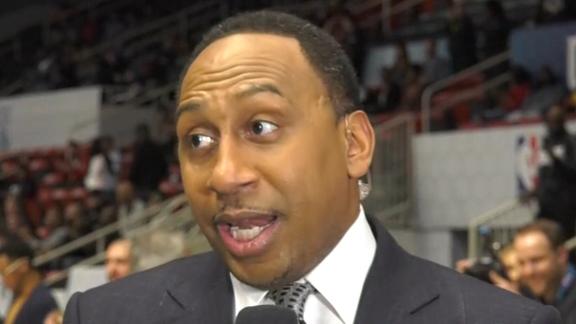