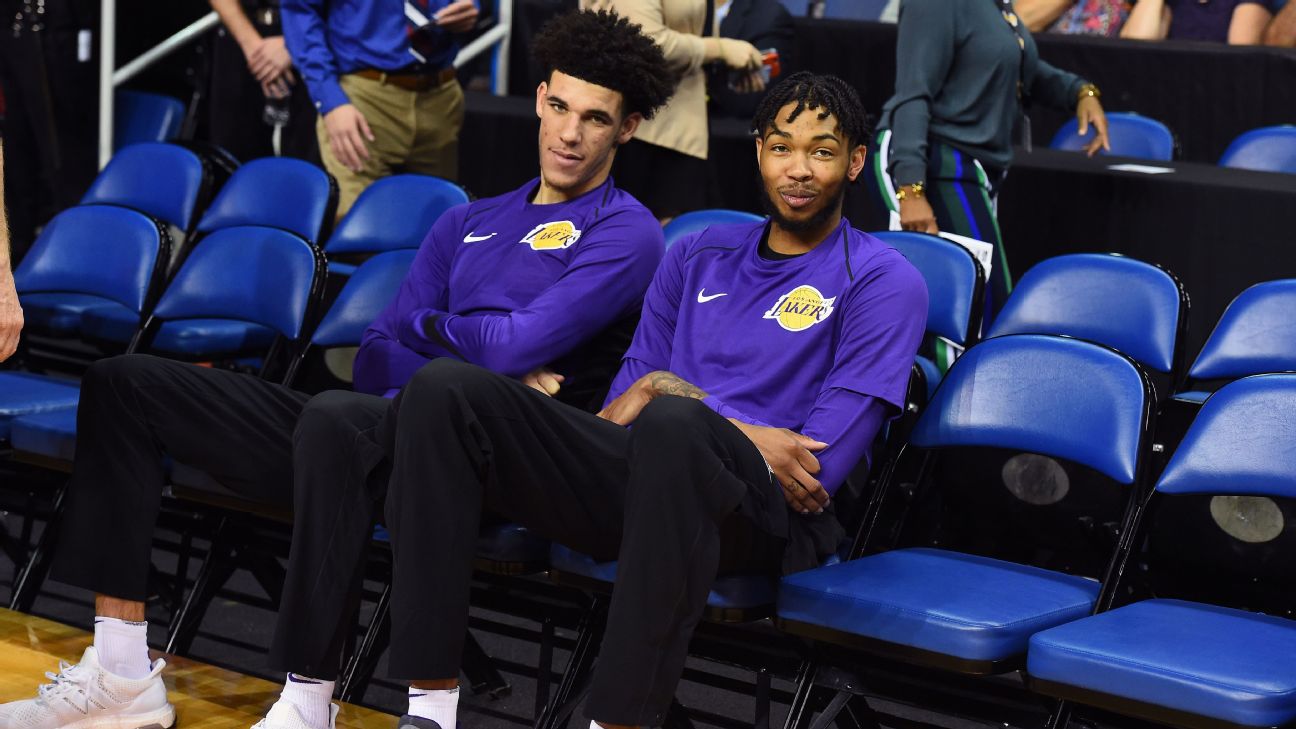 LOS ANGELES -- Lonzo Ball will miss the remainder of the Los Angeles Lakers' fading season, sources confirmed to ESPN, joining teammate Brandon Ingram on the sideline for the rest of the team's disappointing campaign.

Sources said Ball has been shut down after trying to make his way back from a Grade 3 ankle sprain and bone bruise first suffered Jan. 19.

The second-year point guard met again with team doctors Saturday. In a statement issued after the team's 120-107 loss to the Boston Celtics on Saturday night, the Lakers would only say that Ball is making "good progress" in his recovery and will be re-evaluated again in two weeks. The Lakers (30-36) have a month left to play in the regular season and sit seven games out of a playoff spot.

Ingram has been diagnosed with deep venous thrombosis in his ailing right arm. A source said Ingram hopes to know more about his condition Monday. Coach Luke Walton was tight-lipped Saturday on any further details, other than to say the third-year forward is out for the season.

Ingram had missed the past two games after Walton said he had difficulty raising his arm without pain.

Further tests revealed his diagnosis, which is caused by a blood clot and is frequently accompanied by swelling and pain in a limb. It usually occurs in legs but can occur in the upper body, too.

Ingram was playing the best basketball of his career. The Duke product averaged a career-best 18.3 points and 5.1 rebounds per game this season, but he had thrived since the All-Star break, averaging 27.8 points and 57 percent shooting in six games.

"When it rains it pours," guard Rajon Rondo said about Ingram's season-ending condition and the other injuries the Lakers have endured this season.

According to Second Spectrum data, Ingram averaged 1.15 points per direct isolation play since Jan. 28, when the Anthony Davis trade demand put his future with the Lakers into question. That figure was tied for third in the league behind Kawhi Leonard and Zach LaVineover that span.

Walton would not go into further detail about Ingram's condition.

"We've released what he's got going on, but I'm not going to get into all the details,'' Walton said. "I'm just finding out a lot of it myself. All I'm going to say on him right now is that he's out for the rest of the season.''

Prominent athletes such as Chris Bosh and Serena Williams have been diagnosed with blood clots in recent years. Bosh had to retire because of blood clotting issues.

Ball recently had been seen doing some shooting without jumping and dribbling exercises on the court. He suffered his Grade 3 sprain at Houston on Jan. 19, then later had a bone bruise that slowed his recovery.

The Lakers hope that Ball, 21, will be able to heal fully and have time to work on his game this offseason. Last summer, Ball stayed off an injured knee to let it heal, only to have to undergo surgery later to repair a torn meniscus, preventing him from working on his game during the offseason.

"From my eye, not being a doctor, he's not quite ready," Walton said before Ball was shut down.

With the Lakers' season fading as they fall further out of playoff contention, the organization will play it safe with its young players. Kyle Kuzma also missed his second consecutive game Saturday night after rolling his ankle last week. And Josh Hart continues to play despite knee tendinitis that has been bothering him for a few months.

Hart said nothing has helped in his efforts to relieve the pain in his knee, but he wants to avoid joining Ball and Ingram on the sideline for the remainder of the season.

"I don't want to give up on this team," Hart said when asked if being shut down might be a consideration. "I'm going to play as hard as I can for however long I can. Obviously at the end of the day, I got to make sure I don't make the damage worse. But I want to go out there and compete and play every game as best as I can."

The Lakers went 15-8 when LeBron James, Ingram and Ball all played this season. However, the team is just 15-28 (including Saturday's loss to Boston) when at least one did not play, according to ESPN Stats & Information research. The trio has not been on the court together since Christmas Day.

The Athletic first reported Ball would be shut down after his latest medical evaluation Saturday. 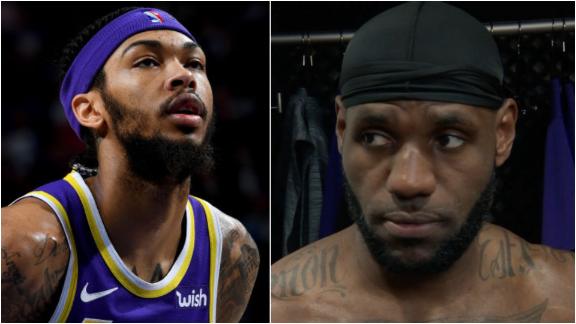 LeBron: Ingram injury puts things in perspective
LeBron James gives his thoughts on Brandon Ingram being out for the remainder of the season and the fresh perspective it provides the team. 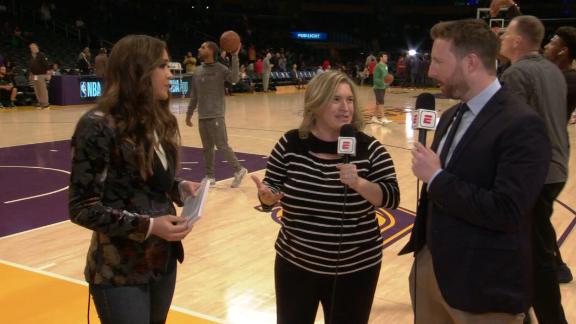 Shelburne: Lakers have incentive to tank now
Ramona Shelburne breaks down how the season might continue with all the injuries to the Lakers' young talent. 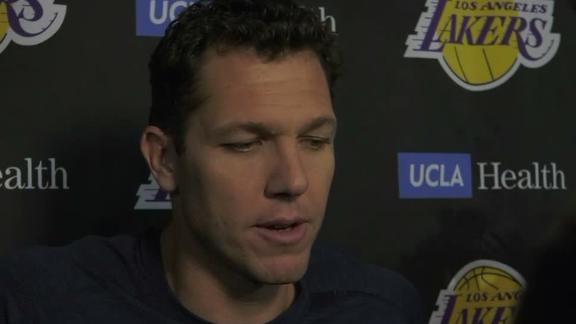 Walton doesn't want to elaborate on Ingram's injury
Luke Walton announces that Brandon Ingram is out for the rest of the season, but doesn't want to answer any questions about the topic.
Report a correction or typo
Related topics:
sportsespnbrandon ingramespnw sportsnbalos angeles lakerslonzo ball
Copyright © 2020 ESPN Internet Ventures. All rights reserved.
More Videos
From CNN Newsource affiliates
TOP STORIES