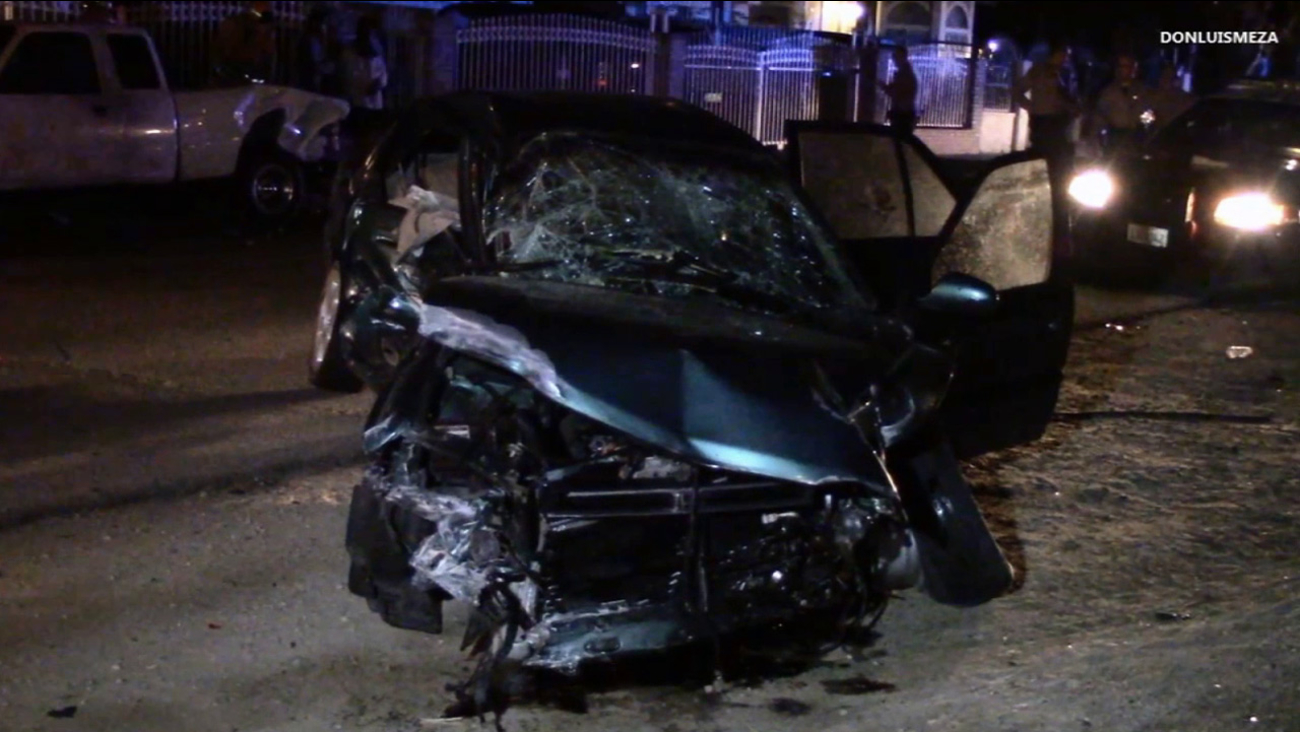 Two suspects led police on a chase through Palmdale that ended in a crash around midnight on Sunday, Feb. 15, 2015.

PALMDALE, Calif. (KABC) -- Two suspects were taken into custody after leading police on a car chase that ended in a crash in Palmdale.

At midnight, police began chasing a reported stolen vehicle at Avenue R8 and Fifth Street East when the suspect lost control and crashed into a fence. It then rebounded off the fence and smashed into a parked white pickup truck.

There was a man inside the truck who was transported to a hospital for his injuries.

"During the pursuit, the suspect's vehicle intentionally hit a CHP officer...[which is] assault with a deadly weapon against a police officer," said Deputy Matt Davis with the Los Angeles County Sheriff's Department.

The two suspects inside the car were also taken to a nearby hospital with minor injuries.

Authorities said the stolen vehicle belonged to a security guard and there may have been weapons and a bulletproof vest inside the car.