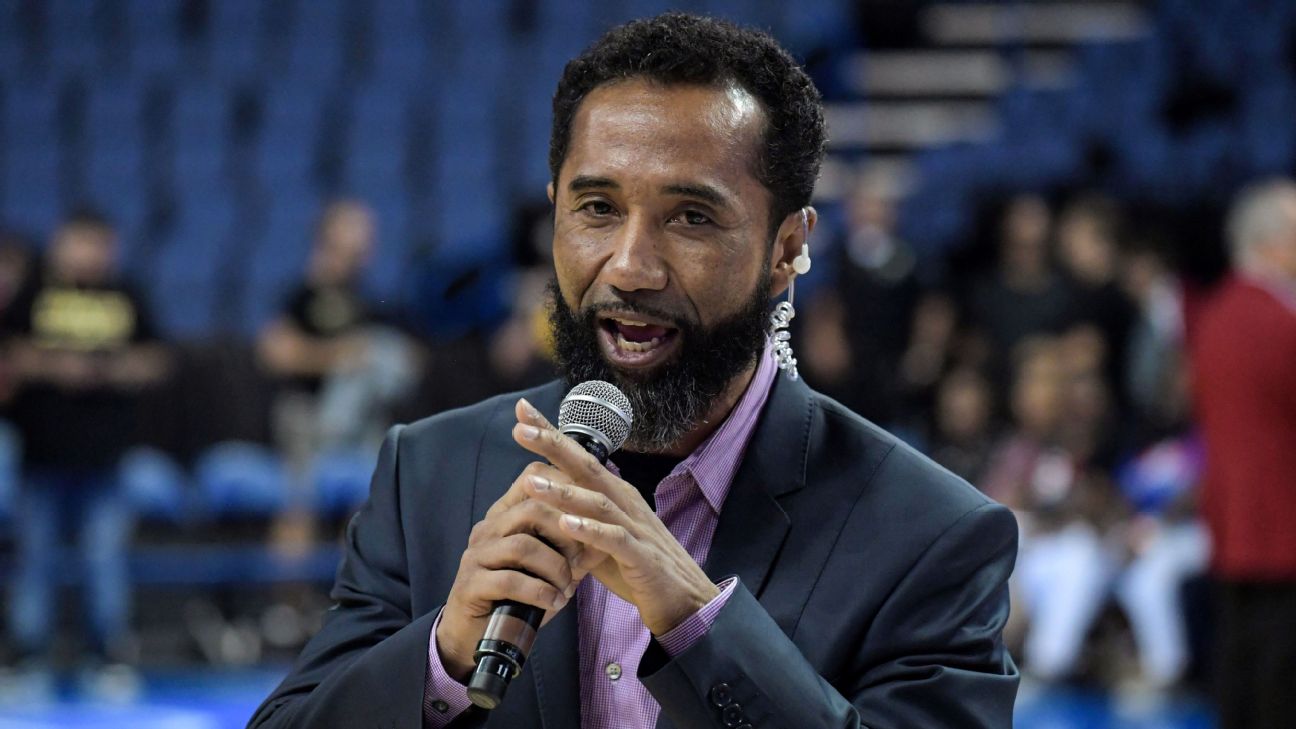 Los Angeles Lakers guard Lonzo Ball has severed ties with a co-founder of Big Baller Brand over concerns that the longtime family friend has a criminal past and also has not adequately accounted for the whereabouts of roughly $1.5 million from Ball's personal and business accounts.

Ball told ESPN that he believes that Alan Foster, a friend of Lonzo's father for almost a decade who owns 16.3 percent of Big Baller Brand, had "used his access to my business and personal finances to enrich himself. As a result, I have decided to sever all ties with Alan, effective immediately."

Foster has served as the business manager of all of the Ball family's companies, including Big Baller Brand -- which was formed as a limited liability company in 2014. Foster developed a close friendship with the Ball family beginning around 2010, when Lonzo and Foster's son became friends as seventh-graders. It was Foster, Lonzo's father, LaVar Ball, has said, who helped convince him to create a shoe and apparel company featuring his three basketball playing sons rather than allow Lonzo to sign one of the guaranteed multimillion-dollar endorsement deals that had been offered by more-established shoe companies such as Nike and Adidas.

According to documents and emails reviewed by ESPN, questions about Foster's business decisions and communication were first raised last fall to Lonzo and LaVar by Lonzo's financial adviser. That adviser, Humble Lukanga of Life Line Financial Group, alleged in an October email that Lonzo's personal taxes and Big Baller's taxes could not be completed on time due to an inability to account for the whereabouts of $1.5 million.

Sources close to the Ball family told ESPN that Lonzo expressed his concerns about Foster to his father several times over the past few months but deferred to LaVar to manage the situation.

It wasn't until this week, the same sources said, that LaVar fully reviewed the email warnings and documents from Lukanga, as he had been traveling overseas with his younger sons in the fall. The sources described LaVar as "stunned" when the emails and documents were read to him. LaVar declined comment but issued a statement to ESPN calling the situation "devastating."

"I've always believed in the best in people. Regretfully, I put my complete trust in Alan Foster to manage my son's business affairs," LaVar said. "At the end of the day, family comes first, and I support Zo wholeheartedly. Together, we will make this right."

When contacted by ESPN last week to discuss his past and the Big Baller Brand, Foster initially offered to arrange an in-person meeting alongside LaVar at the Ball estate in Chino Hills, California. But repeated subsequent attempts via email, phone calls and text messages this week to reach Foster for his perspective were met with no response. Late Thursday night, he suggested meeting in person at the Ball estate on Friday, but then late on Friday suggested mid-next week because he was "super busy"; he otherwise offered no comment.

Two weeks ago, in an interview with Lonzo that covered various on- and off-court topics, an ESPN reporter asked him questions about the status of Big Baller Brand and also whether he had been aware that Foster had a prior criminal record that involved financial misdeeds. In 2002, Foster was sentenced to more than seven years in prison after pleading guilty to one count of mail fraud and two counts of money laundering as part of a scheme that defrauded 70 investors of $4 million, according to federal court records obtained by ESPN. Foster was also ordered to pay $3.7 million in restitution to victims.

Lonzo said he had not been aware of that history and that he would check into the matter. Multiple sources close to the Balls told ESPN that Lonzo soon after began asking those close to him questions about Foster's past and also began to revisit the allegations made by Lukanga.

Facebook issued a statement in regards to the reality show.

"We support the family," the statement to ESPN said. "Alan Foster will not be a member of the cast moving forward."

Moore told ESPN that he had been unsuccessfully trying to determine -- through Foster -- whether expenses and revenues related to the series had been allocated properly by Foster. Moore declined to answer additional questions but issued a statement this week distancing himself from Foster.

"Alan Foster was more than a trusted adviser," Moore said. "He was a mentor, a father figure and someone Lonzo and I respected, loved and listened to. ... I'm proud of Lonzo for waking up and taking back his power. Together, we will fight for justice."

According to incorporation documents filed in Wyoming obtained by ESPN, Lonzo owns 51 percent of Big Baller Brand, and his father, 16.4 percent. Lonzo's mother and Foster each own 16.3 percent. Though Lonzo said in a statement that he has severed all ties with Foster, it was unclear Friday how the business ties would be untangled. Sources close to the Balls said Lonzo first made the decision independent of his father. It also remained unclear Friday what business ties remain between LaVar and Foster.

The first significant concerns about Lonzo's and Big Baller Brand's finances came in the fall, when Lukanga sent two emails to Lonzo and LaVar about a financial review that raised questions.

In an October email sent to Lonzo and his father under the subject line "Urgent - $1.5 million Dollars Missing," Lukanga wrote that he had been unsuccessful in having Foster "track down where $1.5 MILLION DOLLARS IN CASH HAS [gone]." Lukanga wrote that he had repeatedly asked Foster about transactions totaling that amount, but Foster "won't show any invoices or documentation of these expenses. He won't even give me the number to the vendors he says he paid. I'VE NEVER SEEN A COMPANY OPERATE BY WITHDRAWING MILLIONS IN CASH ... Only you and Alan can withdraw cash and I know you didn't take out $1.5 million dollars ... SO WHERE IS THE MONEY???"

Lukanga attached two itemized reports to the email that he alleged showed unexplained cash withdrawals from Big Baller Brand and transactions between BBB and Foster's business, Marathon Consulting Inc. "Over $1.5 million dollars has disappeared and he has wired over $474,000 to himself through Marathon Consulting (see attached report). So close to $2 million dollars has touched Alan's hands but $1.5 million of it has disappeared in cash and can't be tracked," Lukanga wrote.

The whereabouts of the $1.5 million remains unclear.

By late November, Lukanga no longer represented Lonzo, though he was rehired by Lonzo in recent days.

"My purpose in this lifetime is to protect, serve and educate families; especially black families," Lukanga wrote in his October email. "It's breaking my heart to see the Ball family being taken advantage of; I love the family, things aren't right with the companies ... ."

Lonzo said in his statement to ESPN that he has directed Lukanga, Moore and his agent, Harrison Gaines, to help him sort out the matter.

"This has been a very difficult decision as I had a great deal of love and respect for Alan," Lonzo said. "But the time has come for me to take responsibility for my own career both on and off the court."

Lonzo's agent, Gaines, issued a statement to ESPN this week saying he had been "on the periphery of the rest of the Ball family businesses" and that "Lonzo has now empowered me to take a more active role in his career."

In his statement to ESPN this week, Lukanga referenced his longtime financial advising business, Life Line Financial Group, which counts entertainers such as Issa Rae and athletes such as Houston Texans wide receiver DeAndre Hopkins among its clients.

"We are relieved that Lonzo has taken the necessary steps at age 21 to remove Foster from any involvement in his business affairs," Lukanga wrote. "We remain committed to helping Lonzo take full control over his financial future."

Sources close to the Ball family told ESPN that Lukanga in the fall resigned his position advising Lonzo because of his concerns over the tax issues and the lack of explanation he'd received about the alleged missing money.

The Los Angeles Lakers declined comment this week to ESPN about Lonzo's personal and business matters.

In addition to his work with Big Baller Brand and LaVar's Junior Basketball Association, a professional league for developing players, Foster appeared in almost every episode of "Ball in the Family." He was often shown consulting with LaVar on decisions that affected the family or business. In one episode, Foster was shown trying to find out why players from JBA have had trouble collecting on their paychecks.

In an interview with ESPN the Magazine in 2017, LaVar raved about Foster.

"This dude is one of the smartest suckers ever," LaVar said. "He knows how everything goes. We had shirts made that said 'Team Ball' [and] 'UnbelievaBall.' And he [Foster] said, 'LaVar, your creativity is crazy. Let's create your brand, man. Your brand is bigger than anything. Somebody going to run away with your s---, man.'

"He [Foster] was like, 'I'll tell you what. You're going to put all the work in with your boys. I'll come back and run the agency. Whatever you need me to do. Let me do it, though.'"

Foster met the Ball family not long after being released from prison for his role in the 2002 financial scheme. Foster was already facing the financial crimes charges when he was found guilty in Los Angeles County on a 1999 citation for carrying a concealed handgun without a license. And in September 2009, while still under probation for the financial scheme conviction, Foster was arrested on a felony-level violation of his supervised release that is not specified in court documents. He was sentenced to five months in prison and was released in February 2010, which would have been about a year before he met the Ball family.

Of the financial scheme, Joseph Zwicker, the lead prosecutor in the case, told ESPN: "They targeted African-Americans that they got to know through churches and by other means. And they made various misrepresentations to them about their ability to return large sums on investments, which were false. They admitted that."

Lonzo, seen as the future of the Lakers before the arrival of LeBron James, was shut down this season with a severe ankle injury after 47 games. It marked his third separate ankle injury, which left the Lakers searching for what could be the root issue of his troubles -- including asking about his Big Baller Brand shoes.

Lonzo also said he told the Lakers he was open to making adjustments -- "just minor things," he said -- to his Big Baller Brand shoes if needed.

According to two sources close to the family, over the past two years, the Lakers, too, expressed concerns to Foster over numerous customer complaints about Big Baller Brand made to the Better Business Bureau, which gave the company a failing grade in 2018. Last year, the bureau reported receiving 184 complaints over the past three years, mostly involving problems sending correct merchandise, shipping orders on time, and not providing information or responding to questions about delivery status.

"They still have an F with us," Blair Looney, president of the Better Business Bureau of Central California and Inland Empire Counties, told ESPN in January. "We are continuing to work with them on straightening things out."

Looney said it appears that Big Baller doesn't have the structure in place to handle online orders, and progress was going "slower than we would like to see."

"We are trying to help Big Baller recognize what the issues are with their customers to help them fix those," he said. "And they haven't, in our opinion, dedicated the resources it takes to get it done."

The Federal Trade Commission has recorded about 200 complaints made against Big Baller Brand from April 2017 through mid-January, most of which are duplicates of those made to the Better Business Bureau. The FTC enforces federal laws pertaining to internet commerce, but FTC officials, citing policy, do not comment on whether the agency is investigating a company. 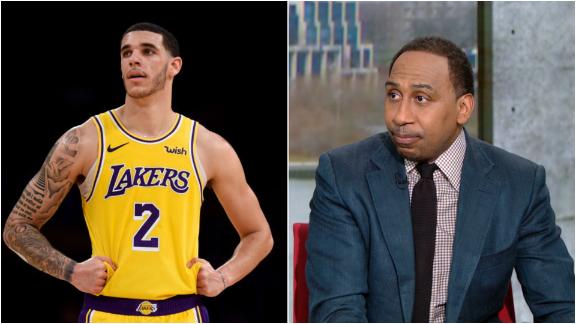