KABC
By Veronica Miracle and ABC7.com staff
ARCADIA, Calif. (KABC) -- Investigators are looking for a stolen vehicle owned by a 76-year-old woman who was found dead Tuesday in her Arcadia home after a robbery.

A construction crew working at the home in the 300 block of East Forest Avenue found the woman's body Tuesday around 7 a.m. in the yard.

Los Angeles County Sheriff's Department detectives have classified the case as a homicide and are looking for the victim's vehicle which was stolen at the time of her murder.

They say it appears the woman's home was also ransacked and robbed. 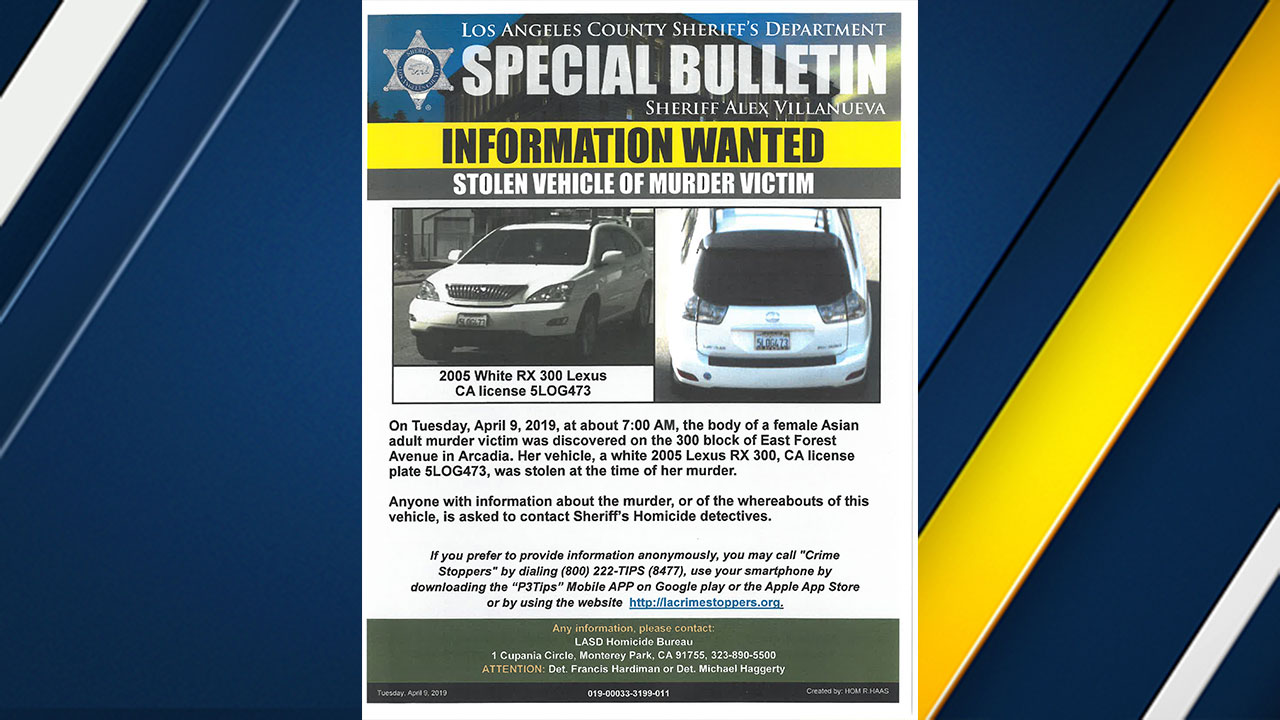 A flyer from the sheriff's department shows a stolen vehicle associated with a woman found dead in her Arcadia home on Tuesday, April 9, 2019.

The cause and circumstances of her death remain under investigation. Officials said there was blood at the scene but no obvious signs of trauma pointing to a cause of death. Her name has not been released.

One man who lives nearby said he's seeing the neighborhood change for the worse.

"I've seen the neighborhood change with more homeless people and things like that, people with mental problems walking around," said Kelly Dragnn.