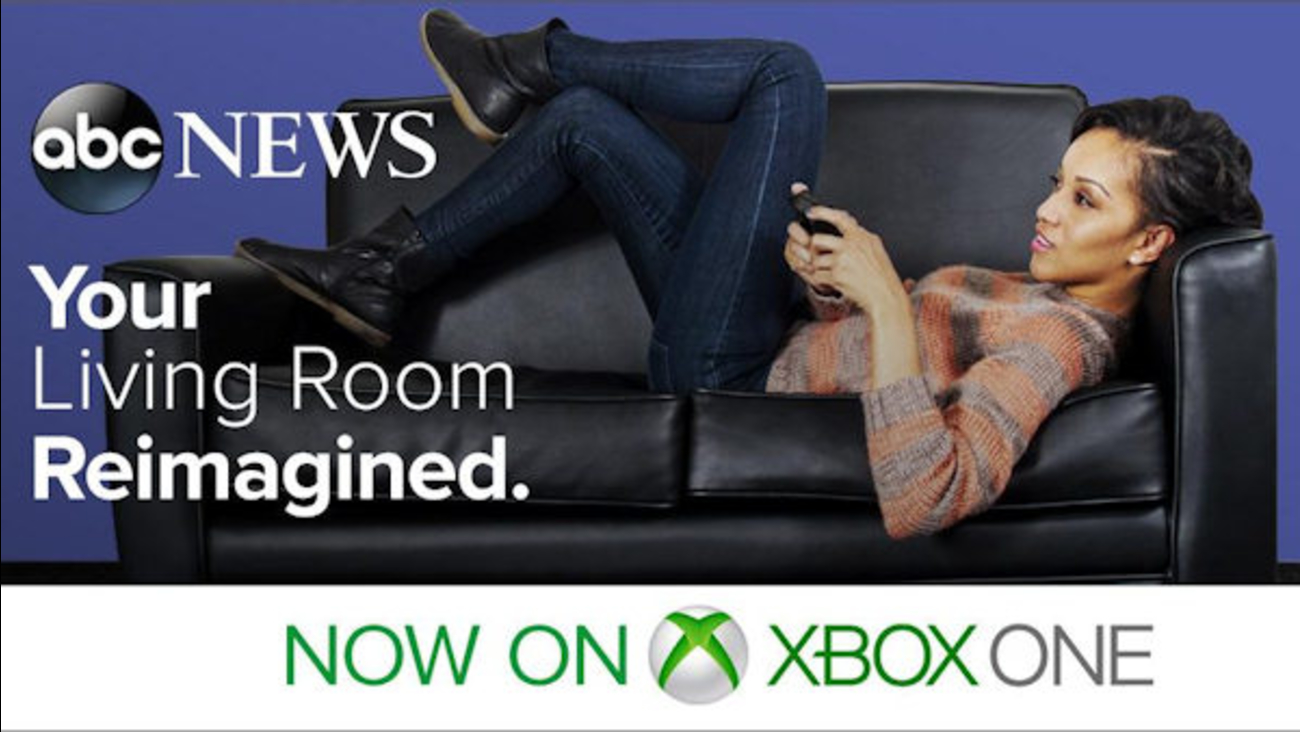 ABCNews
NEW YORK -- ABC News announced Thursday the launch of its app for Xbox One. Debuting as the first U.S. news application on the gaming console, the ABC News app will offer immediate access to multiple simultaneous streams of live video as well as on-demand content, entertainment news, original programming and highlights from ABC News programs.

During Oscars weekend, the app will feature clips and live video from ABC News' extensive coverage, including interviews with nominees and segments on Oscars fashion, trends and history.

"The app for Xbox One is a major step forward in our efforts to develop new creative forms of storytelling and put ABC News everywhere people get their news and information" said ABC News VP of Digital Colby Smith. "The ability to choose from multiple live streams, especially during breaking news and special events, will provide an unparalleled viewing experience for the audience."

About ABC News
More people get their news from ABC News than from any other source. ABC News is responsible for all of the ABC Television Network's news programming on a variety of platforms: television, radio, and the Internet. ABC News reaches a combined audience of well over 270 million people a month on television, on radio and online. Over 1,000 affiliate stations broadcast ABC News Radio's global news coverage. NewsOne, the affiliate news service of ABC News, provides live and packaged news, sports, and weather reports, as well as footage of news events, to 200 ABC affiliates and more than 30 domestic and international clients.

About Marvel Entertainment
Marvel Entertainment, LLC, a wholly-owned subsidiary of The Walt Disney Company, is one of the world's most prominent character-based entertainment companies, built on a proven library of more than 8,000 characters featured in a variety of media over seventy-five years. Marvel utilizes its character franchises in entertainment, licensing and publishing. For more information visit marvel.com. 2015 MARVEL