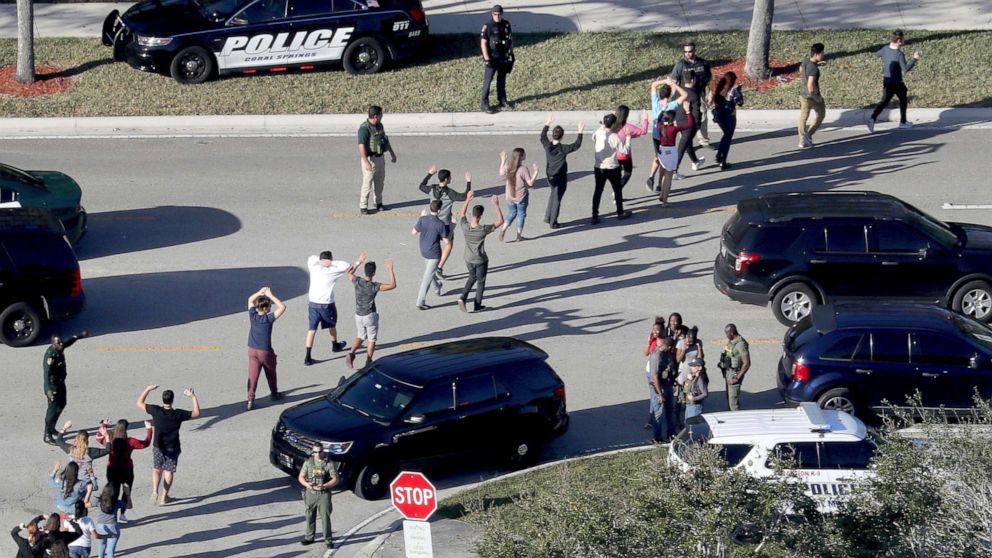 ABCNews
By KARMA ALLEN
A former Florida sheriff's deputy has been arrested on felony charges over his handling of the deadly mass shooting at Marjory Stoneman Douglas High School in Parkland last year.

Broward County Sheriff's Office Deputy Scot Peterson, 56, was terminated from his position and charged with multiple counts of child neglect on Tuesday after an internal investigation found that he retreated while students were under attack in the February 2018 shooting, that left 17 people dead.

Internal investigators claimed Peterson "did absolutely nothing to mitigate the MSD shooting," according to a statement. He faces seven counts of neglect of a child, three counts of culpable negligence and one count of perjury.

"We cannot fulfill our commitment to always protect the security and safety of our Broward County community without doing a thorough assessment of what went wrong that day," Broward County Interim Sheriff Gregory Tony said in a statement. "The Broward Sheriff's Office and our first responders are now better prepared and trained to respond to an active shooter crisis."

The office announced Peterson's arrest along with the termination of BSO sergeant Brian Miller. It said both officers had "neglected their duties" in the deadly shooting.

"They have been terminated and will no longer be privileged to serve as law enforcement deputies for the Broward Sheriff's Office," the statement said. "We have enhanced our active shooter response protocol, increased our training staff, introduced essential equipment, established training partnerships with federal organizations and are building a regional training center."

"We will vigorously defend against these spurious charges that lack basis in fact and law. Specifically, Mr. Peterson cannot reasonably be prosecuted because he was not a 'caregiver,' which is defined as 'a parent, adult household member, or other person responsible for a child's welfare,'" attorney Joseph A. DiRuzzo said in a statement.
Report a correction or typo
Related topics:
abc newsnational
Copyright © 2020 ABC News Internet Ventures.
More Videos
From CNN Newsource affiliates
TOP STORIES