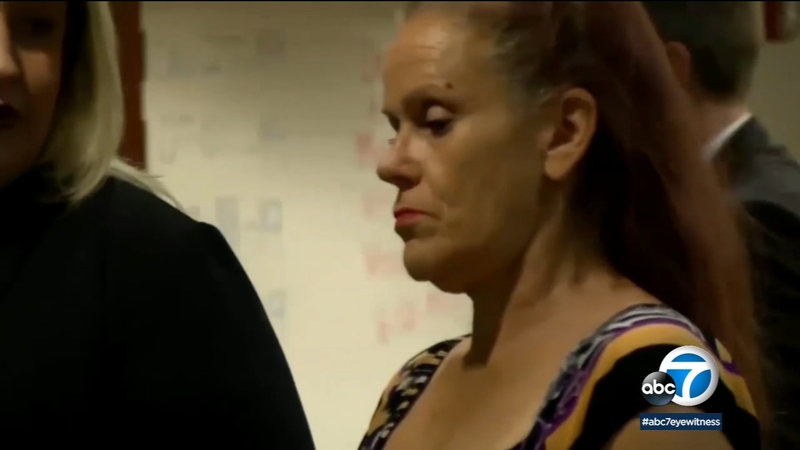 Deborah Sue Culwell, 54, appeared in an Indio courtroom on Tuesday. Police say she left the 3-day-old puppies, believed to be terrier mixes, in a trash bin on April 18.

Surveillance video allegedly links her to the crime. It shows a woman stepping out of a white Jeep, peering into a dumpster used for recyclables, then dropping the bag filled with the puppies into a pile of trash behind Napa Auto Parts in Coachella before driving away.

Coachella puppy tossed in dumpster dies: 'He was just so weak and held on for as long as he could'
EMBED More News Videos

A 54-year-old woman has been released on bail after being arrested on suspicion of leaving a bag of seven newborn puppies in a dumpster.

A man who rummaged through the dumpster shortly after that spotted the bag and took it to the store. Officials said the good Samaritan played a major role in saving the puppies' lives. It was 90 degrees that day and authorities said the puppies may not have survived the heat had they not been found within an hour of being dumped.

Riverside County Animal Services arrested Culwell at her home after animal control officers served a warrant and impounded 38 dogs from her property.

Images show filthy conditions inside the home of Deborah Sue Culwell, who is accused of dumping seven newborn puppies into a dumpster.