Rapper YG is registered owner of SUV involved in shootout, chase from Compton to Inglewood 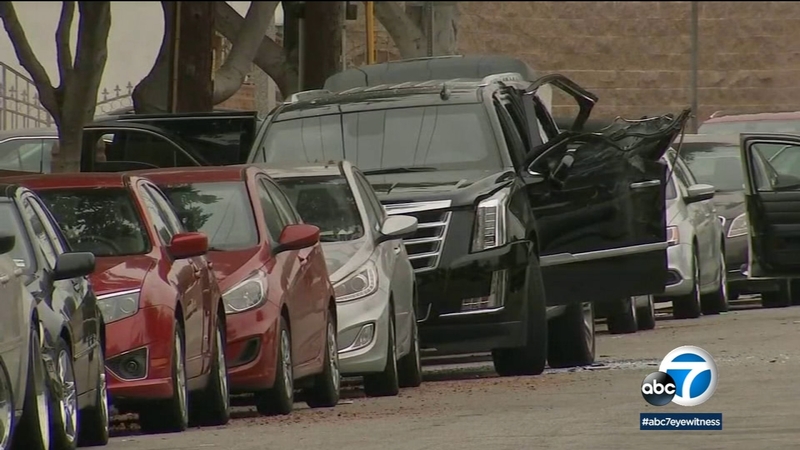 INGLEWOOD, Calif. (KABC) -- Authorities investigated a deputy-involved shooting in Compton that led to a pursuit, which ended in Inglewood, and Eyewitness News has learned that a popular rapper owns the car that was involved.

Compton native and rapper YG, also known as Keenon Jackson, is the registered owner of the black Cadillac Escalade. It's unknown if he was in the SUV at the time.

Detectives initially responded to a deputy-involved shooting in the 400 block of West Spruce Street in Compton at about 11:35 p.m. Wednesday, according to a news release from the Los Angeles County Sheriff's Department.

A man was killed at the scene, and authorities believe he was an innocent bystander. Lt. Derrick Alfred said it appeared the victim was caught in the crossfire.

At least one person was detained. It is believed there is one suspect who is outstanding.
Report a correction or typo
Related topics:
inglewoodlos angeles countypolice chaseshootingdeputy involved shooting
Copyright © 2021 KABC-TV. All Rights Reserved.
More Videos
From CNN Newsource affiliates
TOP STORIES