ICE raids that were expected Sunday in SoCal, across U.S. have yet to happen, activists say 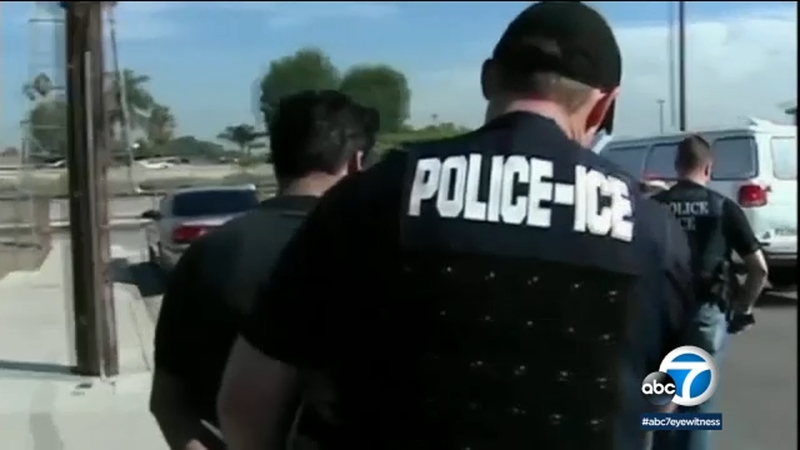 ICE raids that were expected Sunday in SoCal, across U.S. have yet to happen, activists say

DOWNTOWN LOS ANGELES (KABC) -- Federal immigration officers had been expected to launch a series of raids across a number of U.S. cities on Sunday, but as of early evening few if any such actions had been reported.

The raids had been expected to target 2,000 undocumented immigrants who had previously been ordered to leave the country.

The operation will only target undocumented immigrants with final removal orders, who will eventually be deported, a law enforcement official briefed on the matter told ABC News. Significantly, the same official told ABC News, the operation will not arrest so-called collaterals, those people who happen to be with the targeted individuals.

Immigration activists said by Sunday evening they had not heard of any significant raids. Still, they warned the immigrant community to remain prepared as they could begin on Monday as people are returning to workplaces.

Activists were also working to make sure immigrants understand their rights.

"Based on these raids, when an ICE agent knocks on their door, they should know they have a right not to open the door and to ask to see a judicial warrant, meaning a warrant that's actually signed by a judge," said Ana Figueroa, district chief of staff for Rep. Lucille Roybal-Allard.

The congresswoman kept her office open Sunday to help the community with questions and services related to immigration.

Federal immigration officers are expected Sunday to sweep across a handful of cities, including Los Angeles, to arrest about 2,000 undocumented immigrants.

Last month, L.A. Mayor Eric Garcetti said the city would not cooperate with the raids.

L.A. County Supervisor Hilda Solis said the county will do everything possible to make sure children of immigrants are not left alone.

"What that means is making sure that your neighbor or relative can take over to provide whatever guardianship for your children," she said.

Thousands of people across Southern California protested Friday ahead of the planned raids. Politicians and families alike turned out in West Hollywood, downtown L.A., San Bernardino and in Santa Ana - holding vigils and speaking out about conditions for refugees at the border and what is happening in California.

A counter protest was held in San Bernardino, where Trump supporters urged the president to finish his promised border wall.