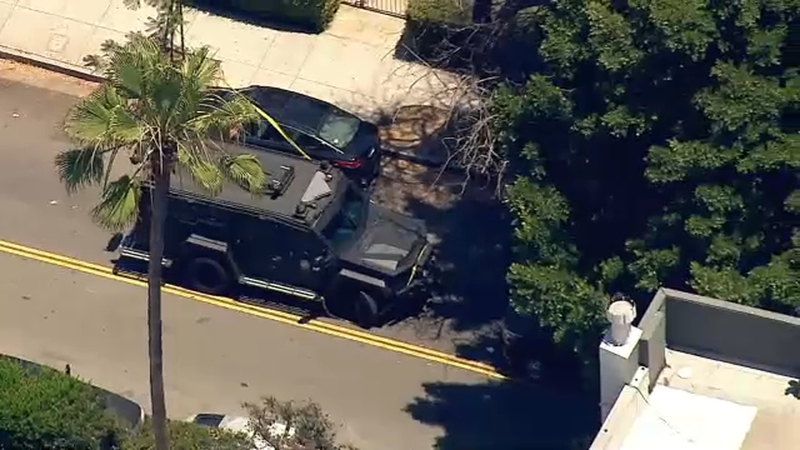 HOLLYWOOD, LOS ANGELES (KABC) -- A Hollywood barricade involving a possibly armed woman has come to an end after a response by police and SWAT officers on Tuesday.

The barricade began at about 6:30 a.m. after authorities received a call about a possibly armed and suicidal woman in the area of Franklin Avenue and Orange Drive.

Authorities reportedly fired tear gas or pepper balls through some windows in an effort to get the woman out of a building.

Fire officials said people in the building complained of tear gas which may have drifted toward them.

The woman was later taken into custody.