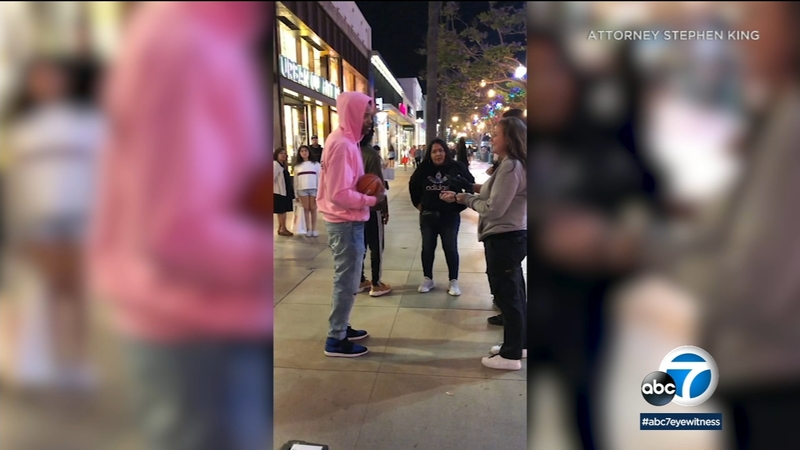 SANTA MONICA, Calif. (KABC) -- A family says they were racially profiled when they were accused of stealing a basketball from a Nike store in Santa Monica.

Joel Stallworth and Tamiya Dickerson say their 18-month-old son loves basketball, so when they were strolling the Third Street Promenade and saw the Nike store, they decided to go inside and buy him a basketball.

When they tried to leave, Stallworth and Dickerson said they were humiliated in public because a store employee didn't think they had paid for the ball.

Video shows a dispute between a store employee and the parents, with police at the scene.

The couple eventually showed police their receipt to prove they had purchased the ball and were told they could leave.

Instead, they went back inside to the store and returned the ball for a refund.

The parents have hired an attorney.