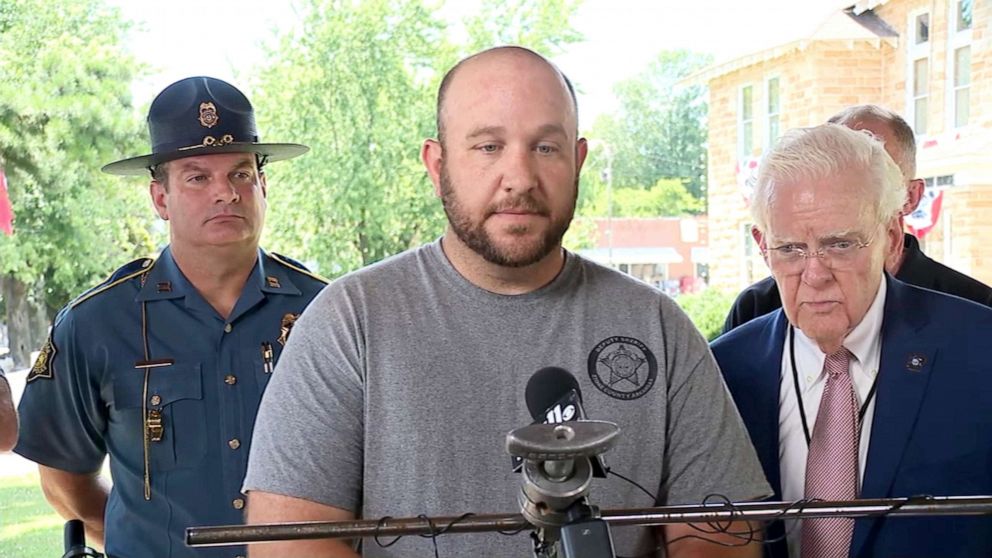 ABCNews
By ELLA TORRES
An Arkansas sheriff's deputy was killed Thursday morning in a shooting that left one other person wounded and the suspected killer dead, police said.

Mike Stephen, 56, was identified as the Stone County Sheriff's deputy who was killed in the incident, Arkansas State Police Spokesman Bill Sadler said at a press conference. Samuel Fullerton, the suspected shooter, was also killed in the incident, but it was not immediately clear whether the 39-year-old took his own life or if he was shot by other deputies.

"Every action that he's ever done, he always would be the first guy in somewhere and last one out," Alexander said.

Authorities were called to a home in the rural area of Leslie at 8:02 a.m. over a domestic welfare check, Sadler said. Stephens arrived at 8:39 a.m. and encountered a woman who he began talking to before gunfire quickly erupted. Two other deputies were also at the home when shots were fired.

Stephen was pronounced dead at the scene. The woman, who was not identified, was wounded and taken to a local hospital with non-life threatening injuries, according to Sadler.

Sadler noted that the amount of time it took Stephen to reach the scene was because of how far away from the home he was when he got the call to respond. He declined to say whether officials had ever been called to the home before.

Earlier Wednesday, the Stone County Office of Emergency Management said in a tweet that the coroner was headed to the scene. Stephen and the suspect's body were taken to a crime lab to be examined for forensic evidence.