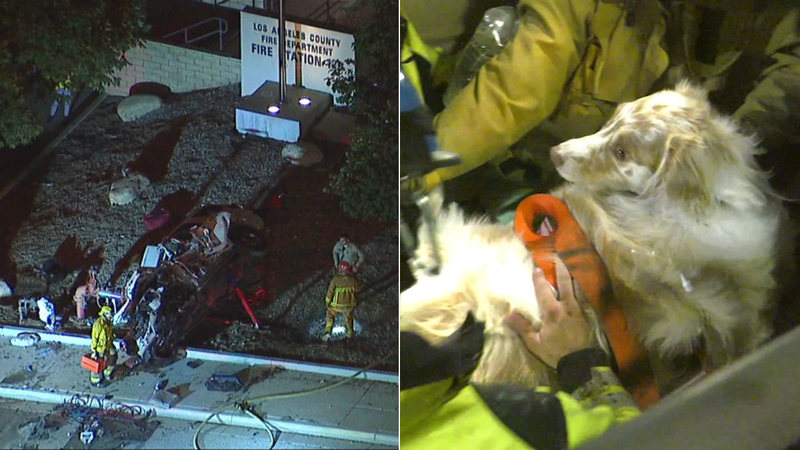 SANTA CLARITA, Calif. (KABC) -- A driver and a dog were injured after an SUV crashed and rolled over onto the lawn of a fire station in Santa Clarita Thursday night.

The incident occurred at approximately 8:12 p.m. on the 28000 block of Whites Canyon Road, according to the Los Angeles County Fire Department.

The vehicle was seen severely damaged and on its side in front of Fire Station 128 as firefighters were able to provide help to the victims almost immediately.

Besides the man who was transported to a hospital after being extricated, a dog was also injured in the crash and was treated at a local animal clinic.

Both the man and the dog are listed in critical condition. Video showed the dog conscious and alert when it was being transported on a gurney as three agencies came to its aid.

A dog is seen taken on a gurney after being injured in a rollover crash in Santa Clarita.

It was not immediately known what led to the crash.