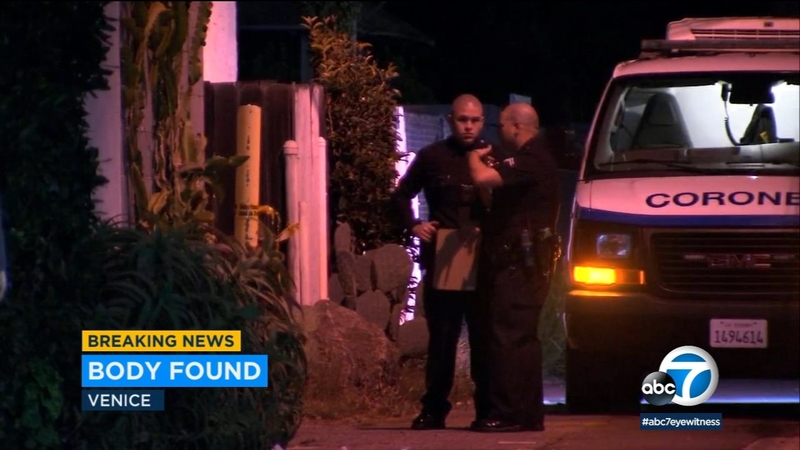 VENICE, LOS ANGELES (KABC) -- Police are investigating the suspicious death of a man after his body was found in a Venice alley Sunday evening, police said.

Los Angeles police responded to a residential neighborhood at the intersection of 5th and Rose avenues just before 7:30 p.m. after people reported hearing an altercation occurring at an alley.

Firefighters found the victim, a man believed to be in his mid- to late 20s, dead at the scene.

LAPD investigators said the man appeared to have sustained some type of injury, but do not believe a weapon was involved.

Police were not ready to call the death a homicide, and were waiting for more information from the coroner.