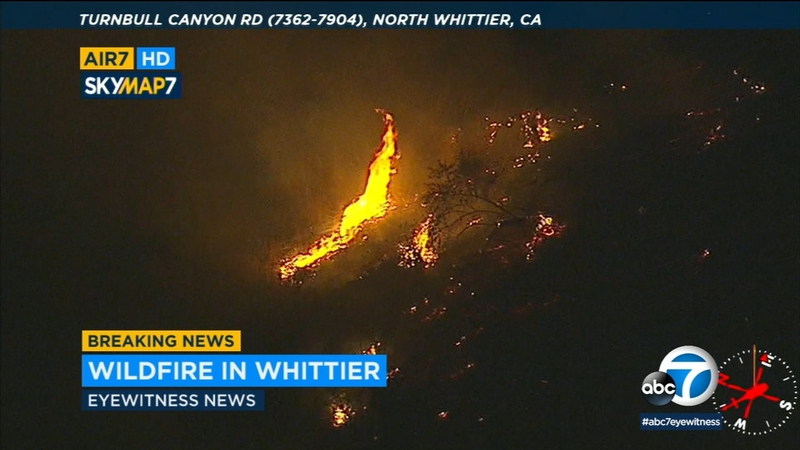 The brush fire was just over an acre and burning in an open area after it began before 11 p.m, and a knockdown was later recorded shortly before 11:30 p.m.

Authorities initially said it had the potential of growing up to 10 acres, but were quickly able to get the fire under control.

As many as two water drops were used to battle the fire. Officials said crews had difficulty accessing the blaze, but were able to attack it through the air and on the ground.

No homes were threatened from the fire, but Turnbull Canyon Road was shut down as crews attempted to control it.