US treatment of migrant children at border amounts to torture as defined by UN, doctors say 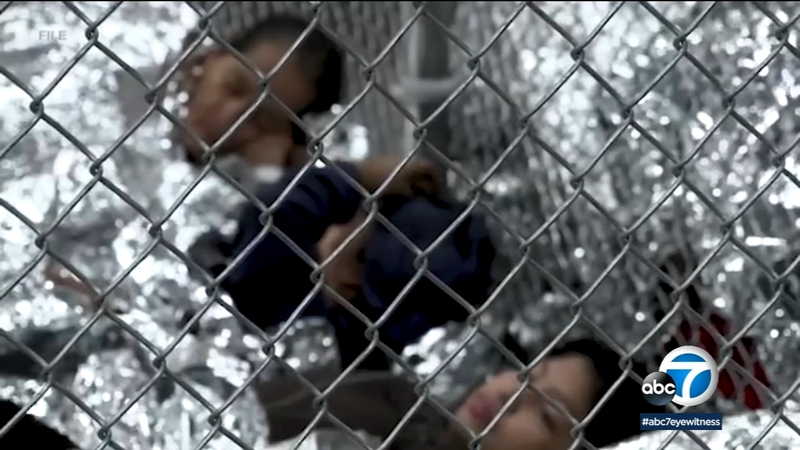 Doctors: US treatment of migrant children at border amounts to torture

A new report from a group of pediatricians says the federal government's treatment of migrant children at the border amounts to torture.

In the new paper, published in the medical journal "Pediatrics" this week, doctors examined the Trump administration policy of separating kids from their parents and the overall treatment of those children.

They concluded that the treatment "constitutes cruel, inhuman, or degrading treatment" that meets the criteria defined in the United Nations Convention against Torture.

Doctors in the paper argue that the separation of families caused "severe pain and suffering" and that those actions were inflicted with the specific purpose "such as coercion, intimidation, punishment, and/or as a deterrence" -- with the consent of government officials.

Lawyers have not been able to reach the parents of 545 children who had been separated from their families by US border officials between 2017 and 2018, according to a Tuesday cour

"It is a purposeful U.S. strategy to use children to reduce border crossings by their parents," the paper reads.

Authors of the paper go on to recommend that pediatricians and child health care professionals take action to "stop and prevent torture of migrant children at the border and globally" in a handful of ways, including training in "forensic assessments to identify, document, and disseminate the effects of severe ill treatment on migrant children" and engaging with cross-disciplinary groups like Doctors Without Borders and Human Rights Watch.

The paper was published after it was revealed that the administration has been unable to find the deported parents of 545 children who were separated as early as July 2017.

In response, the Los Angeles County Board of Supervisors voted this week to put together a task force to identify and help any of those children who may be living in the county.
Report a correction or typo
Related topics:
politicsmexicochildrenu.s. & worldborder crisisimmigration
Copyright © 2021 KABC-TV. All Rights Reserved.
U.S. & WORLD
Jill Biden gets medical procedure on foot after Hawaii visit
Good Samaritans smash window to save driver having medical emergency
Federal workers required to get vaccinated; military may be next
Pioneering TV pitchman Ron Popeil dies at age 86
TOP STORIES
LAUSD to require COVID-19 testing for all students, staff
CDC document warns Delta variant spreads as easily as chickenpox
Garcetti signs plan to restrict homeless camps
Lakers to acquire Russell Westbrook, ESPN reports
Man beaten outside NoHo hookah lounge says attack was a hate crime
Great Park dropping reference to Orange County in its name
Dodgers finalizing deal to acquire Scherzer, Turner
Show More
TSA teaching airline workers to defend themselves
Mother, infant ejected from vehicle in Torrance crash
Video: Fight breaks out on 60 Freeway in Ontario after crash
How to convince someone to get the COVID-19 vaccine
Downtown LA venues welcoming back concert fans
More TOP STORIES News