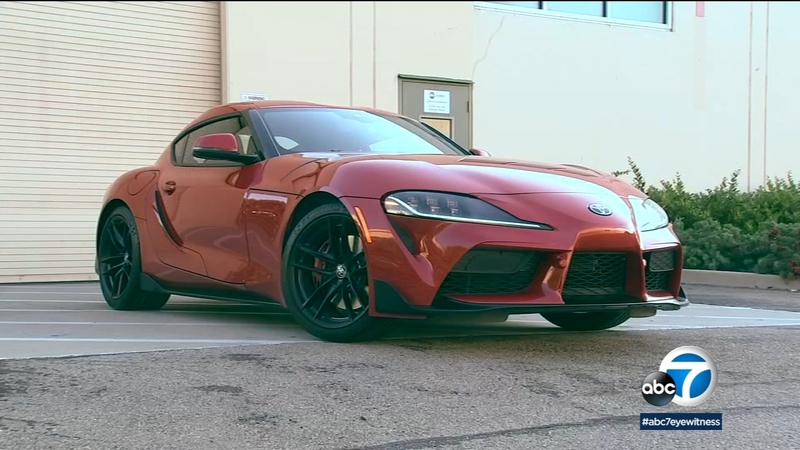 One new car could be considered the automotive comeback of 2020: the Toyota Supra.

If that name sounds familiar, it's because it was a staple of Toyota's lineup for a long time, but went away more than 20 years ago. Gone, but not forgotten. In fact, pristine examples of the fourth-generation Supra (1993-1998) have become a hot commodity in the collector car world.

The new fifth-generation Supra (officially named GR Supra) aims to pick up where that previous one left off. Lots of style, and a real performance flavor. Only two seats this time around, in a more compact size, but other elements remain. A six-cylinder engine up under the hood, driving the rear wheels. And chassis tuning that offers great balance through corners, while not beating you up if a few bumps greet the tires.

Oh, and there is something about the Supra that's very different this time around. It was co-developed with a BMW model, the Z4 roadster. Essentially, the 2020 Z4 is the Supra's fraternal twin.

BMW needed to update its boutique two-seater, but development costs for new cars these days are staggering. So Toyota joined in to share those costs. The Z4 gets its own look, and suspension tuning. And of course, it's a convertible, as were prior Z4s.

Toyota got a huge helping hand developing the Supra, which also got them BMW's turbocharged six-cylinder engine, despite what the Toyota badge on the engine cover implies. Previous Supras had inline sixes as well, but pure Toyota ones. Toyota did get to do their own engine and exhaust tuning, and the tailpipes produce a nice raspy burble.

Some Toyota enthusiasts may be disappointed that a new Supra is mostly BMW under the skin. Not just the engine and automatic transmission (no manual is offered), but pretty much every control inside the car will be familiar to anyone who's driven a late-model BMW. But Toyota really had two choices. Bring back the Supra in a partnership with BMW, or not bring back the Supra at all.

It's the reality of building new cars these days. The Supra will be a low-volume model, so Toyota wasn't willing to spend huge sums of money. But this isn't just a BMW with a Supra badge slapped on. Toyota's designers and engineers were on this car from the get-go. Lots of things like the suspension tuning and engine mapping were handled by Toyota's engineers. And of course, Toyota's designers created the swoopy shape.