Why a grueling, 100-mile bike race is a perfect metaphor for Dallas Eakins 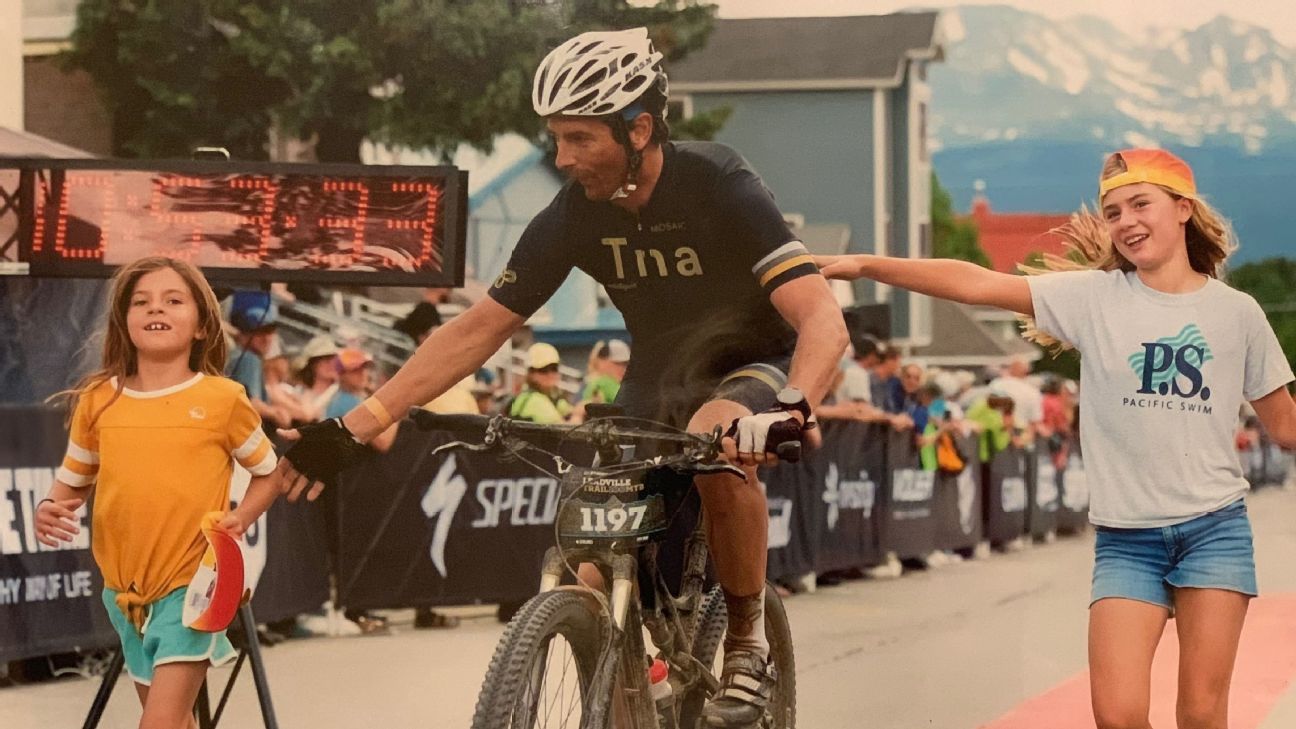 In December 2014, Eakins was fired after 113 games as head coach of the Edmonton Oilers. He arrived the previous season as a 46-year-old whiz from the AHL Toronto Marlies, the kind of coaching prospect for whom NHL success is assumed. He left humbled by the experience, but with a keen understanding of the mistakes he doesn't plan on repeating as the new head coach of the Anaheim Ducks.

"When I went into Edmonton, there was really no doubt that it was really messed up there. I was brought in there to change the culture," Eakins told ESPN at Ducks training camp last month. "I took a road that was not too familiar to me, and I went in there hard. The line was drawn in the sand. And it was on. And that was not a good way to build a culture. It doesn't take six weeks. It takes lots of time. So I should have gone slower on a lot of things."

How does a hot coaching prospect get his heat back? By signing with Anaheim's minor league affiliate in San Diego, where Eakins coached the past four seasons before replacing his general manager, Bob Murray, behind the bench in Anaheim. He got back on the journey, despite being knocked off course.

"I just took that in stride. I never thought I was hot s--- or anything. It's a big group that covers the game -- they were all on board that I'm the guy. It was 99% of those same people who, when I was gone, were like, 'Yeah that guy's horses---.' That's why I don't put much stock in [perceptions]," he said.

"You ask guys that played for me, and they're probably sick of hearing it. But I'm a big, massive believer in circumstance, choice and character. They go right in a line: You're put in a circumstance. You make a choice. And that choice reveals your character. So my circumstance was that I'd been punted to the side. I could go 'poor me' and blame everyone else. Be angry. But I thought it was important to maximize my time with my family, own what I could own and get a new plan for whatever's next."

Eakins paused for a moment, mentally connecting the different threads of his life.

The Leadville Trail 100 is billed as "the race of all races." It's a 100-mile journey in the Rocky Mountains of Colorado that starts at an altitude of 10,152 feet and climbs as high as 12,424 feet. The terrain is rugged and steep. Many cyclists enter the race. Many cyclists never finish.

Eakins has. In fact, he did it for the 10th straight year this summer, earning a large golden belt buckle from the organizers with "100 MILES DALLAS" engraved on it.

We spoke with Eakins about the race and his experiences in it. Here's the Ducks coach, in his own words:

"It's interesting. I've done it 10 years in a row, which is a big deal by their standards. Once you get to seven or eight years, you start eyeing that up a little bit.

"It's been an amazing ride. I started on a challenge from a cycling coach. A guy who had an unbelievable background that we had hired as a consultant when I was with the Leafs. He would bug me about hockey players thinking we're so tough. 'You think you're so tough? Why don't you come to this race? And we'll race.' So I did, and he kicked the s--- out of me. So it started there.

"Leadville was a super-wealthy town when the mining industry was big, and then it went dry. They were worried it was going to become a ghost town. So there was this idea that they could bring people in to be part of their town, and that's why they started these endurance races.

"The altitude is a challenge. The first time I went there, my wife and I parked the rental truck, and literally on the second block, walking to a coffee shop, I started gasping.

"It's a 100-mile race. It's a ton of climbing. It's one of those races where no matter what you're doing, you're just thinking, 'I want to go downhill, I want to go downhill, I want something flat.' Then you start going downhill and you start bouncing all over the place and you're like, 'I just want to climb! I just want to climb!' You're never happy. You want to quit, like, 20-30 times. In my very first year, the founder of the race -- I'll never forget -- said there are going to be multiple times when you're going to want to quit, and you're just going to have to put your head down and battle. And so it's a great challenge. The interesting thing about it is that they have a bunch of different endurance races. A week after our race is the 100-mile run.

"What's happened to me over the years is that Leadville became such a special place for me. The people there are gritty. They're tough. They love their little town. They cheer us on. They open up their homes to you. And then the race has kind of been turned into my annual cleansing day. I haven't had a race yet where at the end, when you're battered physically and emotionally, I just have this guttural cry. This release. Where I'm literally just like 'Ugggh!' Everything kind of comes out of me.

"It's great. I feel renewed. And it's a great race because it's held in mid-August. It leads right into the hockey season. It's a special place. It's really hard for me to put into words. It's one of those things where when I run into somebody that's done Leadville, it's like, 'Yeah, I gotcha.'

"To be considered a finisher of the race, you gotta get it done in under 12 hours. If you do that, you get a belt buckle about the size of your phone. If you can go under nine hours, which is incredibly fast, you get a big, grande one. If you do 10 years in a row, you get the biggest one, which is the one that I've got.

"You know, there's been a bunch of other years when on the next day, when they were giving out the gold buckle and I already had like five or six, and I was like, 'I'm going to get on a plane instead.' But this time, I made sure I stayed around for it. I wanted to have ... it's not like I'll wear it often, but when you do show up to these endurance races, you might throw it on for a little bit of fun. It's like putting on elevated shoes. You just walk a little bit taller [laughs]."
Report a correction or typo
Related topics:
sportsespnnhlanaheim ducks
Copyright © 2022 ESPN Internet Ventures. All rights reserved.
TOP STORIES
3 local teens identified as victims in fatal Pasadena crash
Airlines ask Biden administration for 'immediate intervention' on 5G
Missing diver's body found off Huntington Beach coast
Stolen WeHo Frenchie recovered in Philadelphia, reunited with owner
Nurse in deadly downtown LA attack remembered by friends, neighbors
Arrests in fatal stabbing of man who tried to break up fight in LA
Rams beat Cardinals 34-11 to advance in the NFL playoffs
Show More
Omicron surge hasn't peaked nationwide: US surgeon general
LA Zoo honors Betty White on her 100th birthday
Watch the new trailer for Marvel's 'Moon Knight'
Dozens of LAX flights delayed, canceled due to East Coast storm
MLK Day: Physicians reflect on efforts to combat health care inequity
More TOP STORIES News