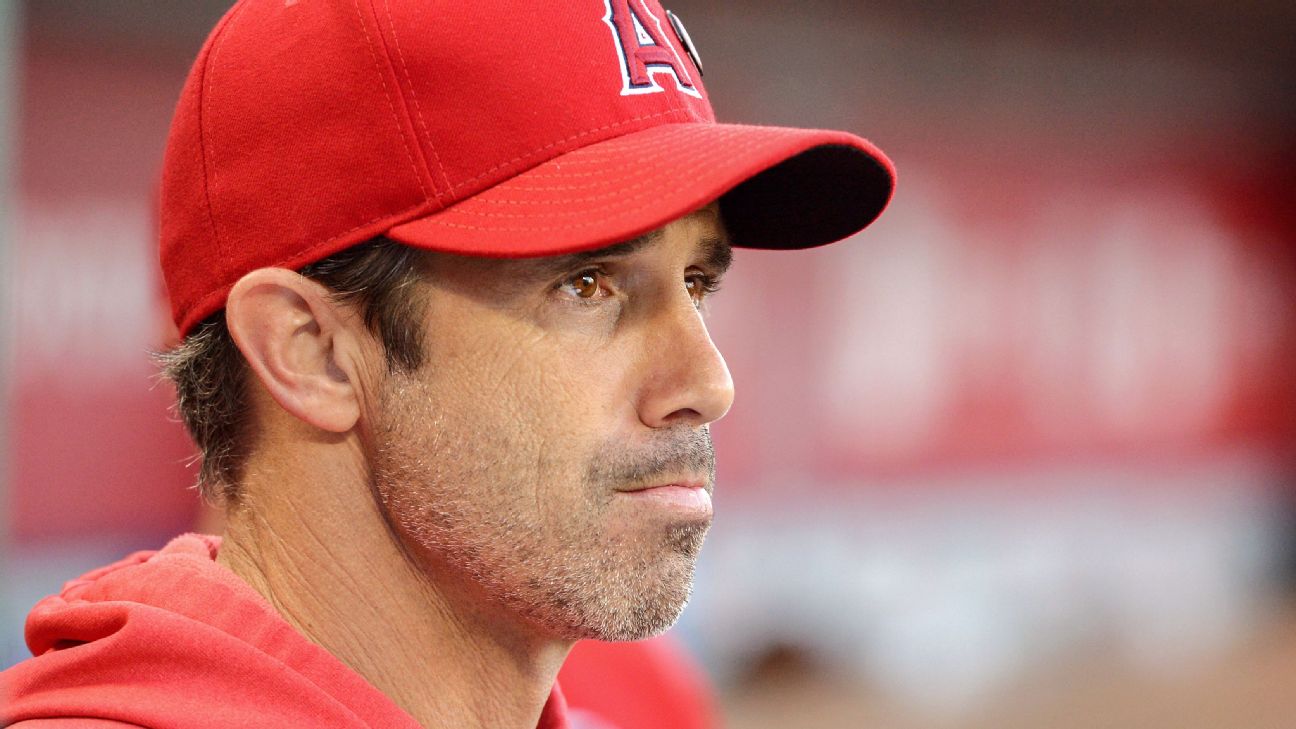 Two other names have surfaced in the Los Angeles Angels' managerial search.

John Farrell and Buck Showalter joined Joe Maddon as candidates for a job left vacant after the firing of Brad Ausmus, a source confirmed to ESPN on Wednesday. The LA Times first reported the news.

A fourth, yet-to-be named candidate is also in the mix. The Angels met with Maddon, widely considered the favorite, on Monday. The dates of Farrell and Showalter's interviews are unknown, but a source said the Angels are not expected to name a new manager by the end of this week.

Farrell, 57, is a former major league pitcher who managed the Toronto Blue Jays from 2011-12 and the Boston Red Sox from 2013-17, winning a World Series championship in his first year in Boston. Showalter, 63, is a three-time Manager of the Year who made stops with the New York Yankees (1992-95), Arizona Diamondbacks (1998-2000), Texas Rangers (2003-06) and Baltimore Orioles (2010-18).
Report a correction or typo
Related topics:
sportsespnmlblos angeles angels
Copyright © 2020 ESPN Internet Ventures. All rights reserved.
More Videos
From CNN Newsource affiliates
TOP STORIES