KABC
By Anabel Munoz and ABC7.com 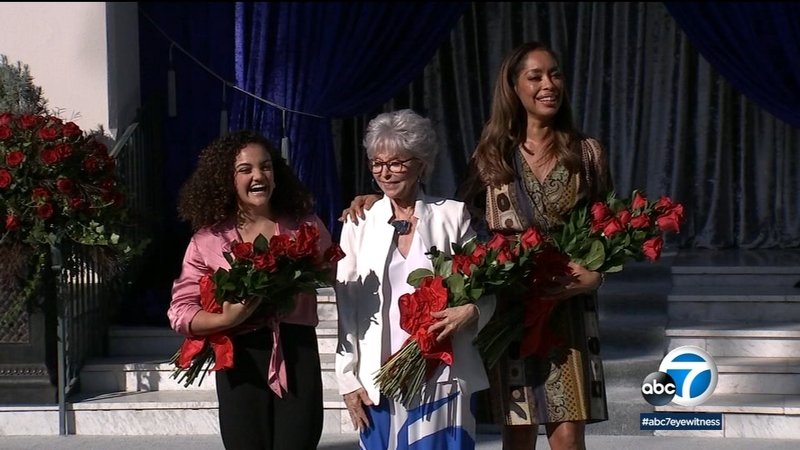 2020 Tournament of Roses to have 3 co-grand marshals

PASADENA, Calif. (KABC) -- The upcoming Tournament of Roses will be slightly different this time around following Tuesday's announcement that there will be three grand marshals for the annual event.

Olympic medalist gymnast Laurie Hernandez and actresses Gina Torres and Rita Moreno were named as co-grand marshals for the 131st Rose Parade. The three accomplished Latinas broke out in dance following the surprise announcement, which they say is truly special.

"That is representation that I have always wanted to see as a little kid and now you have three generations of it," Hernandez said.

"It's something I've watched on television all of my life, and that I would be asked to be one of the grand marshals for this extraordinary Rose Parade, I'm thrilled," Moreno added.

Moreno won the Oscar for best supporting actress in "West Side Story," and Torres stars in the hit show "Suits" and is now executive producing her own spin-off show.

"At this point in my career, to actually be acknowledged as a Latina woman, having not been able to be that for a great part of my career, for me is an incredibly emotional experience," Torres said.

All three will ride during the 2020 parade on New Year's Day, themed the "The Power of Hope." They will also participate in the pre-game celebration for the 106th Rose Bowl Game.