KABC
By Eric Resendiz
IRVINE, Calif. (KABC) -- Five students from a University of California, Irvine fraternity have been charged in connection to the death of a fellow frat brother, who died of alcohol poisoning following a frat party in January.

Zavier Larenz Brown, now 21, Jonathan Anephi Vu, now 22, Mohamed Ibragim Kharaev, now 21, Caleb Gavin Valleroy, now 20, and Jonathan Gabriel Villicana, now 21, were all members of the Sigma Alpha Epsilon (SAE) fraternity at UCI and were all on the lease of the off-campus fraternity house in the city of Irvine, the Orange County District Attorney's Office said.

Noah Domingo, an 18-year-old SAE member, died after drinking with his fellow frat brothers as a part of the fraternity's "Big Brother Night."

An investigation is underway after a UC Irvine student died at an off-campus home, and a fraternity was placed under suspension.

Officials said there is no evidence that any of the defendants in the case participated in hazing in connection with Domingo's death.

MORE: UCI student's death under investigation as fraternity is suspended

Kharaev, Valleroy, and Villicana have all been charged with one misdemeanor count of violating the Irvine Municipal Code for allowing a party or gathering where underage drinking is permitted.

In the 911 call, the caller described Domingo's body as blue, adding that Domingo drank too much and fell asleep with his head down.

The coroner's office said Domingo likely died hours before the 911 call was placed, and that toxicology tests found no other substances besides alcohol in his system.
Report a correction or typo
Related topics:
irvineorange countyfraternityuc irvinestudent diesdeath investigation
Copyright © 2020 KABC-TV. All Rights Reserved.
RELATED 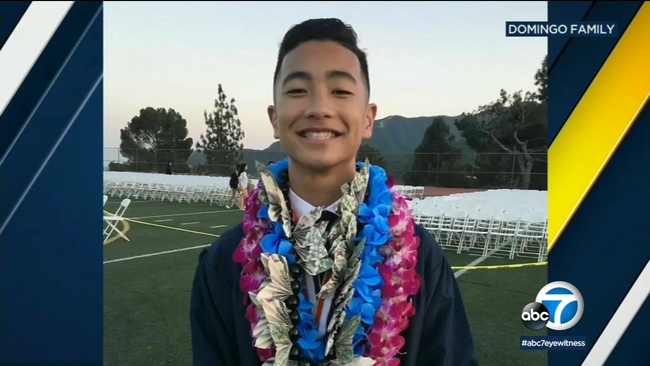 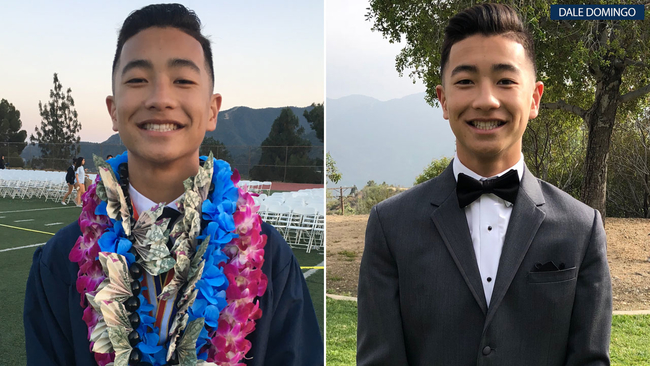