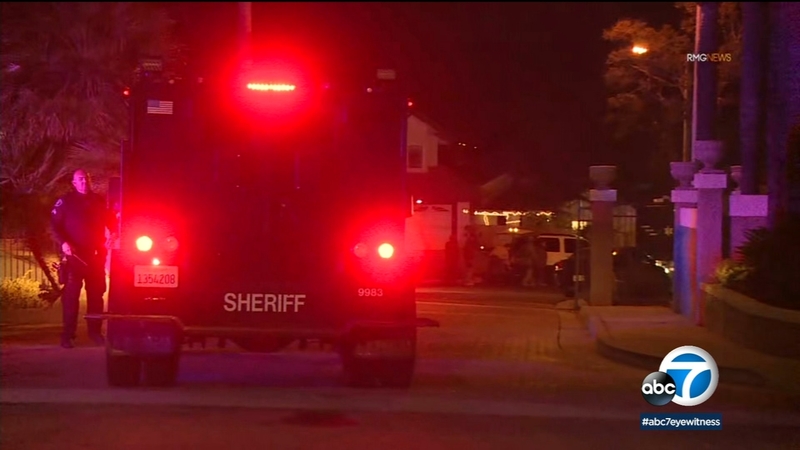 SIMI VALLEY, Calif. (KABC) -- A Simi Valley neighborhood was evacuated after a woman's bloody body was found inside the home along with a bomb threat scrawled on the wall.

A SWAT team and bomb squad were called in.

Officials say the call began as a welfare check request around 7 p.m. Firefighters found a dead woman inside covered in blood on the bottom floor of the split-level home. There was writing on the wall indicated a bomb was inside the home.
The neighborhood around the 500 block of Fairfield Road was evacuated for hours. The Simi Valley Police Department asked residents to avoid the area of North Wood Ranch Parkway and Lake Park Drive.

"Pretty involved in terms of there is a lot of blood at the scene, but we don't have any further information beyond that," said Cmdr Steve Shorts with the Simi Valley Police Department.