With California's early primary just months away, the Democratic candidates are trying to woo the Golden State's substantial voting population, including Latinos who make up more than 20 percent of the state's electorate.

The 90-minute event was sponsored by the Pat Brown Institute for Public Affairs at Cal State Los Angeles, the California Latino Legislative Caucus and the Coalition for Humane Immigrant Rights of Los Angeles (CHIRLA).

South Bend, Indiana, Mayor Pete Buttigieg
Buttigieg first made a national name for himself with a bid for Democratic National Committee chair in 2017. At 37 years old, he is the youngest candidate in the 2020 race, and could also become the first gay man to be elected president.

"The Latino voters that I speak to are extremely concerned about health care, about the direction of our economy, about immigration policy and about something that's deeper than any policy issue - which is the way people are being treated, singled out and told they do not belong," Buttigieg said at the event.

U.S. Senator Bernie Sanders speaks during a rally with young voters on the campus of the University of Colorado Wednesday, Oct. 24, 2018, in Boulder, Colo.

After a 2016 campaign that saw him amass millions of supporters even as he finished second to Hillary Clinton, Sanders entered the 2020 race in February, predicting victory and pointing to the progressive idea he had championed as an outsider during the last cycle, like Medicare-for-all and free college tuition, that have become increasingly mainstream.

At the forum, he talked about the fear many people, especially young people, live under during the current administration's hard-line policy on immigration enforcement.

"I have talked to a lot of young people who are scared to death that when they come home from school their mom or their dad may not be there," Sanders said. "Kids who are living with trauma and under great emotional distress."

Former Secretary of Housing and Urban Development Julian Castro
Castro, who served as mayor of San Antonio, Texas before spending over two years in President Barack Obama's cabinet, announced his campaign in his hometown in January.

During the forum, Castro said the nation needs to do more to address the housing affordability crisis. Among programs he is looking at are investing billions of dollars in the nation's housing trust fund, investing in block grants and creating a tax credit for renters.

After a brief career in law, Julián Castro was elected mayor of San Antonio, the nation's seventh-largest city, at 34

In 2016, Castro was vetted by Hillary Clinton to be her running mate, but the spot ultimately went to Sen. Tim Kaine, D-Va. This year, he says he is eager to restore the style of leadership the nation had under Obama.

Steyer, a billionaire liberal activist from California, in July became the 26th major Democratic figure to enter the 2020 race, reversing course on a statement he made months earlier saying he wouldn't run.

On healthcare, Steyer presented his version of medicare for all.

"It's a public option where everyone has the right to health care," Steyer said. "But we don't ask the 160 million Americans, including tens of million of union workers who have negotiated to get their health care through their employment, to give it up by law." 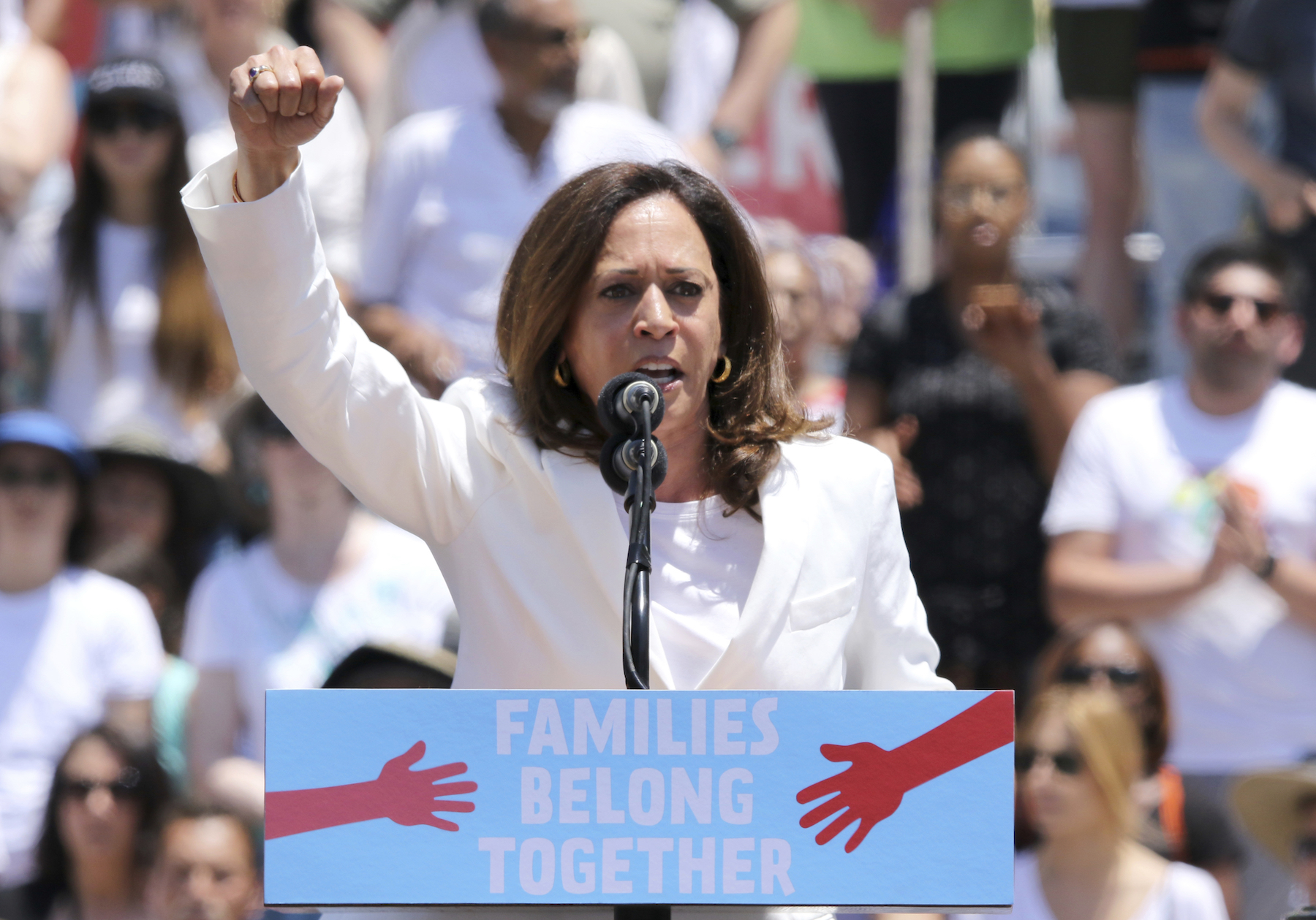 United States Senator for California Kamala Harris speaks at the "Families Belong Together: Freedom for Immigrants" March on Saturday, June 30, 2018, in Los Angeles.

If Harris were to win the 2020 presidential election, she would become the first woman to ascend to the nation's highest office.