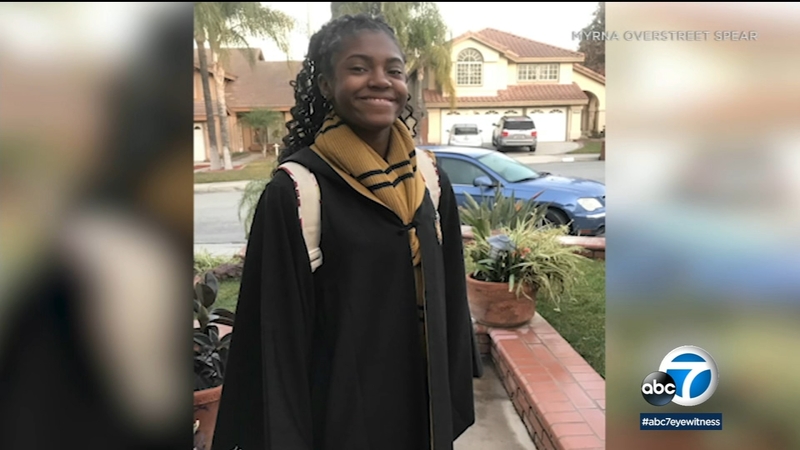 REDLANDS, Calif. (KABC) -- Suicide is the second leading cause of death among teens and it's on the rise. Sadly, studies show suicide attempts among black children and teenagers have increased 73% since 1991. One local hospital is on a mission to save young lives.

In an interview with ABC7, a teen who tried to take her own life described how she survived to tell her story.

She is beautiful with a big heart. But 14-year-old Aabrielle Spear saw herself differently. Years of bullying took its toll.

She said, "It would wear down on my self-esteem. Some girls would spit at me or they would curse at me and put their hands on me."

"But once the bullying had happened the damage had been done," the mother said.

Aabrielle said it started with a piece of glass.

At 8 years old, broken shards from a picture frame started Aabrielle on the road to self-harm.

"I was so emotionally numb that I wanted to feel something," Aabrielle said, "So that's why I did it."

She said, "I told my mom I was going take a bath and I went downstairs into the bathroom and I had a blade in a towel so she won't suspect anything."

Her mother said, "Once I realized that she was cutting. I told her I was going to take her to the hospital."

The youth partial hospital program is part of the Loma Linda University Behavioral Medicine Center. They see about 10,000 patients a year between the ages of 8 and 17.

Program director Glenn Scott said. "We have our inpatient hospital and then we have our day treatment hospital."

"I attended every session that she was in," Myrna Overstreet Spear said, "I learned so much."

In time, Scott helped Aabrielle and her mom form a deeper bond. He said when parents stop judging, kids will move closer.

"Sometimes fixing is just listening. If you notice your child is having a difficult time. If you see them isolating, if you see them acting differently than what you know that they're capable of," Scot said, "Then spending quality time and doing something interactive that doesn't require talking about anything serious or heavy is the way to go."

"It just showed me that I was less alone that there are other people out there who have gone through it too," she said.