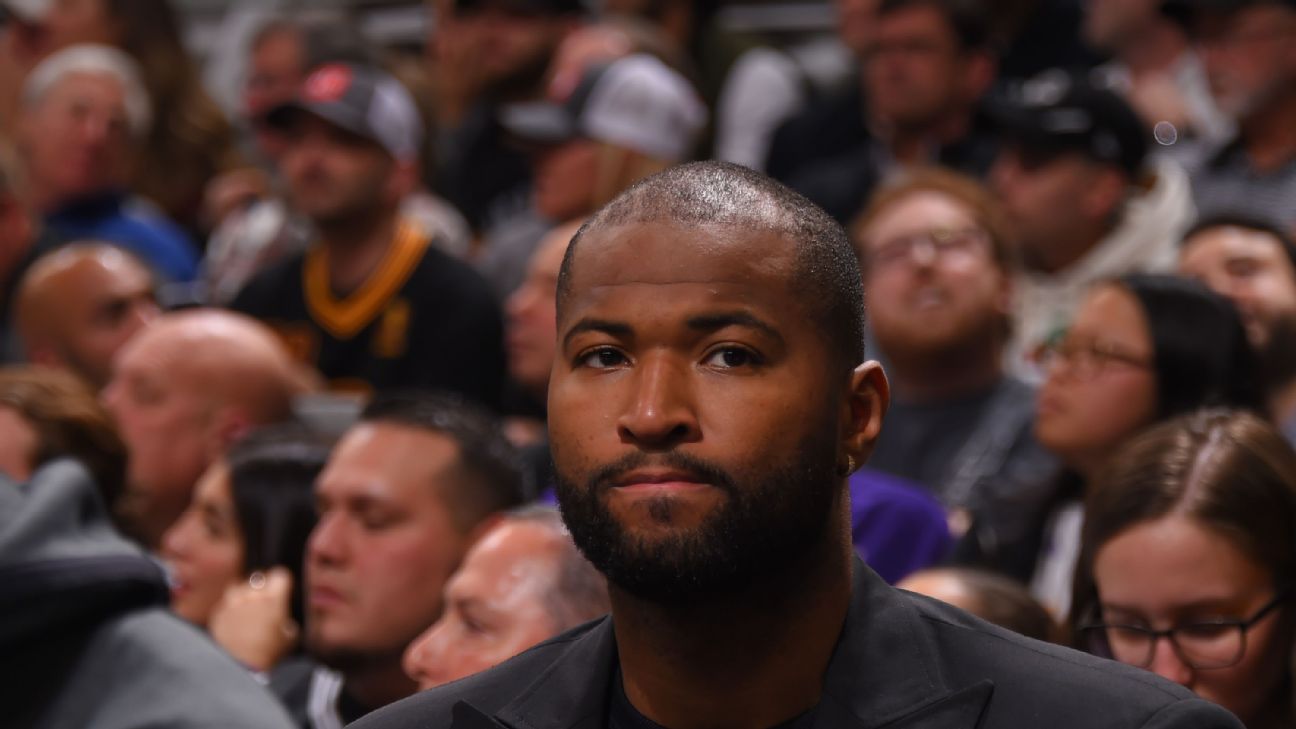 Charges of third-degree harassing communications against Los Angeles Lakers center DeMarcus Cousins have been dropped and a misdemeanor case has been dismissed, Cousins' attorney, Moshae Donald, told ESPN on Friday.

A warrant for Cousins' arrest was filed in a county court in Mobile, Alabama, in August following allegations by Christy West, the mother of their 7-year-old child. West had alleged that Cousins threatened to shoot her during an argument regarding their son. TMZ shared an audio recording West took of the incident, and she said the male voice heard was that of Cousins.

Cousins, 29, could still be subject to an NBA fine or suspension as part of the league's domestic violence policy. The league can undertake its own investigation, despite the absence of criminal charges.

After signing a free-agent deal with the Lakers this summer, Cousins suffered a torn ACL in a summer workout and could miss most, if not all, of the Lakers' season. He has remained with the team to rehabilitate the injury.

"Those are really internal discussions that I'm not willing to share," coach Frank Vogel said when asked about the decision to keep Cousins involved with the team. "But with him being an injured player, all of our injured players we want as involved as possible. It's easy to struggle with the mental aspect of being an injured player that's out by not participating in everything, so we want him in all the film sessions and practices and being with the team as much as possible, so we've been pretty active with doing that."