'The Irishman': Take a behind-the-scenes look at crime movie's costumes 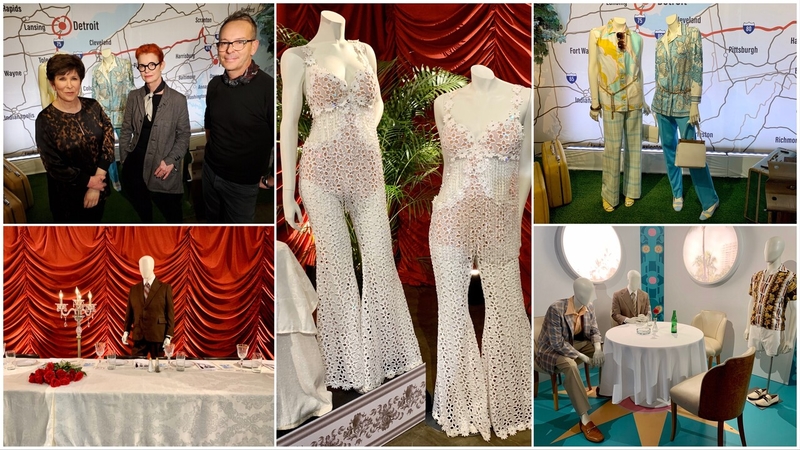 The movie "The Irishman" is about a mob hit man who claimed he killed teamsters boss Jimmy Hoffa in 1975.

The number of costumes for the three-and-a-half hour saga would be daunting for anyone to create. There were hundreds of fittings for the main characters and more than 6,000 for the extras.

Sandy Powell, a three-time Academy Award winner for costume design, brought in a co-designer, Christopher Peterson, and they spent a year on the project.

"This is biographical. It's about real people in a real time in real situations. As far as possible, we try to be accurate," Powell said.

"Also, that's just as challenging doing reality as it is to doing fantasy," Peterson added,

It's Powell's seventh collaboration with director Martin Scorsese. There is mutual respect between the two.

"Actually he's a director who understands about clothes and costumes. He'll give us a lot of direction at the beginning and then pretty much we're left to our own devices," said Powell.

The designers primarily covered three decades of clothes, from the 50s to the 70s, where the cut of a lapel or the texture of a fabric says everything.

They did their research, using family photos and news footage, getting details on Hoffa down to the socks he wore.

"I think we saw every piece of footage ever captured of Jimmy Hoffa during our research period," Peterson said.

"We could do a Jimmy Hoffa film ourselves, couldn't we?" Powell said, to which Peterson answered, "We could and we should."

The designers create a backstory for the clothes. Two women were friends and shopped together, trading clothing pieces, much like the actresses did at their fitting together.

"We actually find the costumes or we build the costume on the actor and the character develops that way. In a film like this, the design process is actually in the fitting room with the clothes and the actor," said Powell.