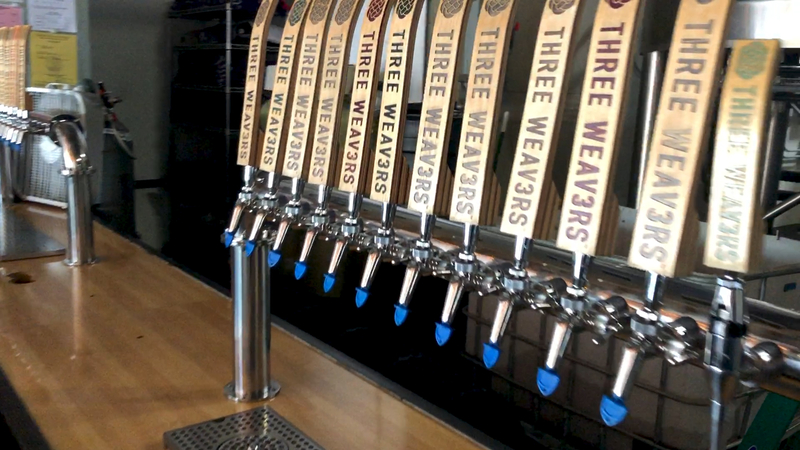 Nowell would know a lot about progressiveness in brewing.

"It was an idea of Lynne Weaver who's our founder and she had been home brewing for a little while," Nowell said.

Before opening their doors, however, Chelsea Manchester, vice president of operations, said the brewery was met with a little bit of resistance.

"There're only two breweries in Inglewood right now and we were the first," Manchester said. "The city did have some questions about what that would look like and everything, but once they realized what we'd be opening up to, they were very open and receptive to it."

"Really it was the best coming to Inglewood," Nowell said.

Inglewood resident, Kytishea Lathan is happy to have the brewery here in her hometown.

"I feel like that was a huge accomplishment," Lathan said. "I feel like Inglewood has so much diversity already and being able to come to a place like this where everyone can kind of amalgamate and have a lot of fun and share stories over a pint is very important for this area and so I was very happy to be able to have something like this in my hometown."

Three Weavers founder Lynne Weaver opened the doors to the brewery in 2014. Since then, they've hired a diverse staff.

"We can't legally hire based off gender, but it just so happens that our upper ranks are mostly female," Nowell said. "And I think that really drives us to be way more detail oriented. Some may say we're particular, but it makes for a really clean, smooth, and organized operation."

With the motto 'It's more than beer. It's community,' the brewing company also tries to give back to its community as much as possible.

"It's more than beer it's community kind of rings on a lot of different facets," Nowell said. "We're here to help benefit the local community. We do a lot of non-profit outreach with local arts and education-based charity."

With its proximity to the airport, Three Weavers also gets people traveling through Los Angeles, like Fred Zwar.

"I'm on the way to the airport, so it's a good place to stop between client meetings and flying out of town," Zwar said. "I like the vibe, I like the location, and everything about it just seems really relaxed. So, it's a good way to kill time, but also a good way to meet new people."

"Everyone is just so passionate about the beer, the quality, the community and we're really a team and a family here," Manchester said.