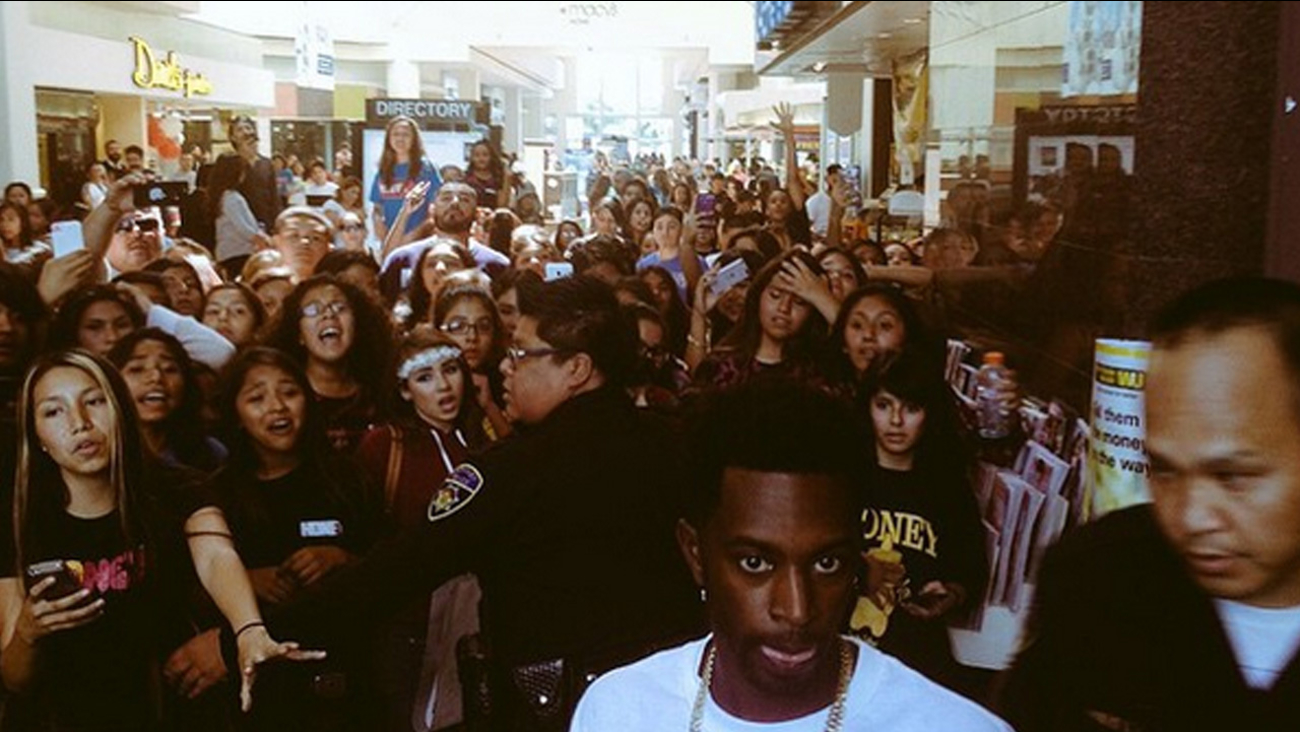 KABC
DOWNEY, Calif. (KABC) -- More than 2,000 screaming girls and adoring fans turned out to see teenage professional skateboarder Steven Fernandez at Stonewood Center in Downey on Saturday, but the event was shut down prematurely due to the large crowds.


The teenager from Compton was scheduled with Keelan Dadd for a celebrity appearance at Zumiez clothing store at 1 p.m., but had to leave after more people than expected turned up.

"The clothing store and event staff were overwhelmed with the large crowd inside the mall, which caused the business to close their doors and cancel the event," Downey police released in a statement.

Authorities could be seen in riot gear and stores had their security gates closed as crowds were dispersed. The mall was temporarily closed, but reopened by 4:30 p.m.

In a Tweet, Fernandez blamed the police for not being able to meet his fans.

Scummys r a family saying "we want steven" i asked da cops let me go out there they grabbed me & said no smh pic.twitter.com/QNiw3wpZx6

Video shows Fernandez being chased by fans into his car outside the mall.

No injuries or arrests were made.