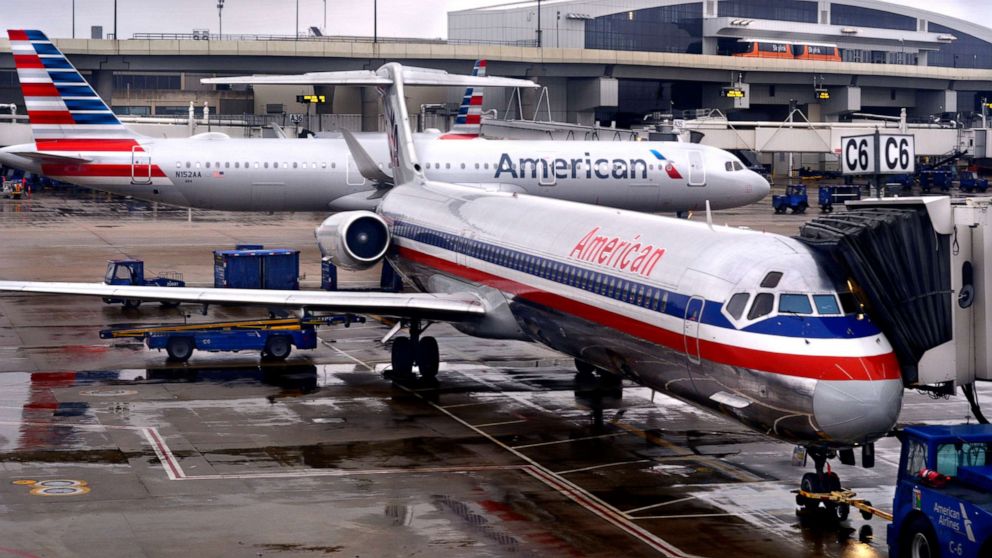 ABCNews
By MARK HANRAHAN
A San Diego woman is suing American Airlines, alleging that one of its employees pestered her with over 100 sexually suggestive text messages after obtaining her number through his employment with the airline.

Ashley Barno was waiting to board a flight from San Diego to Chicago last April when she said she started receiving text messages on her phone from an unknown number. She said she asked for the sender's name and how the sender got her number.

Barno says the messages turned out to be from an American Airlines employee, named in the suit as a John Doe, who had seen her number on her luggage tag. Barno also claims the messages continued after the plane took off and it became clear that the stranger was also on Barno's flight.

The suit alleges that John Doe wanted to have sexual contact with Barno and the texts included sexually suggestive images. Barno's attorneys do not know the airline employee's legal name. ABC News' request for comment from Barno's attorneys was not immediately returned.

In one of the alleged texts, John Doe asks Barno to sit next to him on the flight and offers her airline-related perks in exchange for contact, according to screenshots of the texts provided to ABC News by Barno's lawyer.

"Friendship with me will be very beneficial for you!! ... I can always give you good seats, access to the lounges and free flights too!! You can think about it!" he allegedly wrote, adding in later messages, "Just looking for one chance to prove my self [sic]!! I will be very respectful to you always."

"The whole time I kept asking him, 'Who are you? How do you know who I am? How'd you get my info?'" Barno said in an interview with ABC's San Diego affiliate KNSD-TV.

Barno said she asked the sender to stop communicating with her and alerted a flight attendant. John Doe was escorted off the plane when it landed in Chicago, she says.

Barno's suit claims she now has problems sleeping, eating and socializing and has sought professional psychological help because of the texts.

The suit also alleges that American Airlines knew of John Doe's propensity to contact the airline's customers in this way but failed to terminate his employment.

"American Airlines did not do a sufficient job in hiring and supervising employees to keep its customers safe from sexual harassment and stalking," states the complaint, which was filed last week in San Diego.

"Airline employees should know that they should never contact customers outside of their professional relationship," Barno's lawyer, Joseph Samo, told ABC News by email. "And, that if they do, it would result in an immediate termination."

In a statement, American Airlines said: "American Airlines takes the privacy and safety of our customers seriously. We investigated the allegations and took appropriate action. The employee involved in the complaint is no longer employed at American Airlines."
Report a correction or typo
Related topics:
abc newsnational
Copyright © 2020 ABC News Internet Ventures.
More Videos
From CNN Newsource affiliates
TOP STORIES