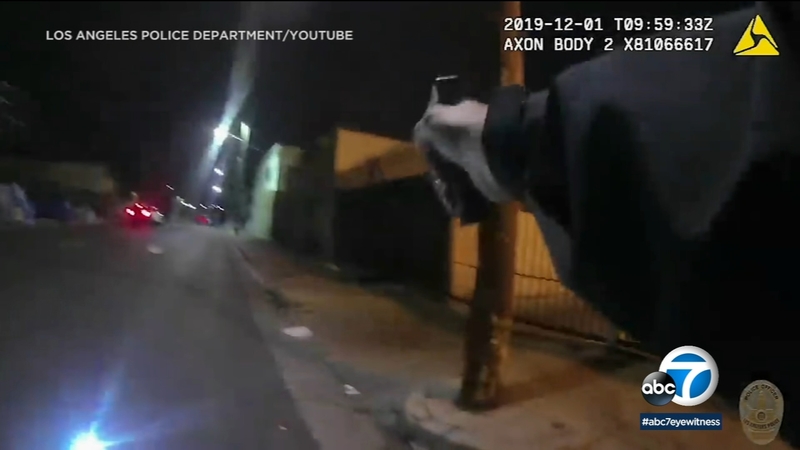 The shooting occurred on Dec. 1 at about 2 a.m. after officers responded to a call regarding a "man with a gun" in the area of 7th and San Pedro streets.

Police say the suspect, identified as 20-year-old Lonyea Marquis Calloway, was reported to have been pointing a gun at a passerby.

Calloway took off running when officers arrived and shots were fired after the suspect allegedly ran toward officers when backup units arrived, police say.

"Get on the floor!" an officer is heard yelling in the video before shots are fired.

The suspect and officers were not hurt.

Officers say they recovered a .38 caliber revolver and arrested the suspect without incident.