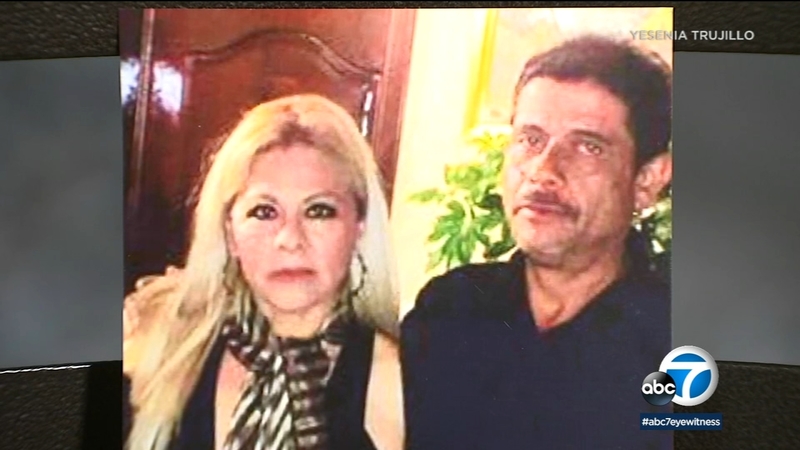 PERRIS, Calif. (KABC) -- It's been more than two weeks since relatives last heard from a West Covina couple and another family member who traveled to Mexico over the holidays.

The children of the West Covina couple are worried.

They say their mother and father, along with their uncle, went missing during a trip for the holidays to Mexico.

The trio stayed at the family's property in their hometown of Nochistlán in the state of Zacatecas where the family also has a business front.

"She didn't call Thursday or Friday or Saturday or Sunday, so that's when we called to Mexico," Trujillo said.

Trujillo said when she called, she was told her mom was missing.

Trujillo and her sister call the disappearance strange.

They say their parents, Delfina Florentino Hernandez and Jorge Olaf Placencia Jauregui, were preparing to give back to their community with a party on Jan. 3.

The two are known for their posadas and raffles.

"She'll raffle like a TV or like a stove or a refrigerator for the people in need," daughter Diana Vazquez said.

But their daughters say their parents and uncle, Pedro Florentino Hernandez, were last seen on the afternoon before the big party.

An employee at the parents' home tells Trujillo police ransacked the place.

But local police tell Trujillo the home is just fine and warn her to not head down to Mexico.

"If he's telling me that my mom's missing to don't go over there because something could happen to me, and then he knows already they broke into my mom's house, they took the cars, the safe and the cameras, why when I ask is there something missing in my mom's house, - 'No, everything is fine. Everything is there,' so it's kind of suspicious now," Trujillo said.

When the concerned family checks in with the Fiscalía de Justicia Zacatecas, or the state's Department of Justice, on Jan. 16, paperwork is officially filed.

A police officer with that department tells Eyewitness News they are investigating and will soon have the assistance of the Monterey FBI.

They say their detectives are looking into calls made to the missing people at the time of their disappearance.

"We just want to know if they're OK," Trujillo said. "If they're not here no more, at least we want to find them and bring them to where they're supposed to be."

The missing mother is a U.S. citizen, but one of her daughters says a U.S. embassy representative says the FBI in the U.S. will not get involved unless a request for ransom or a threat is made.