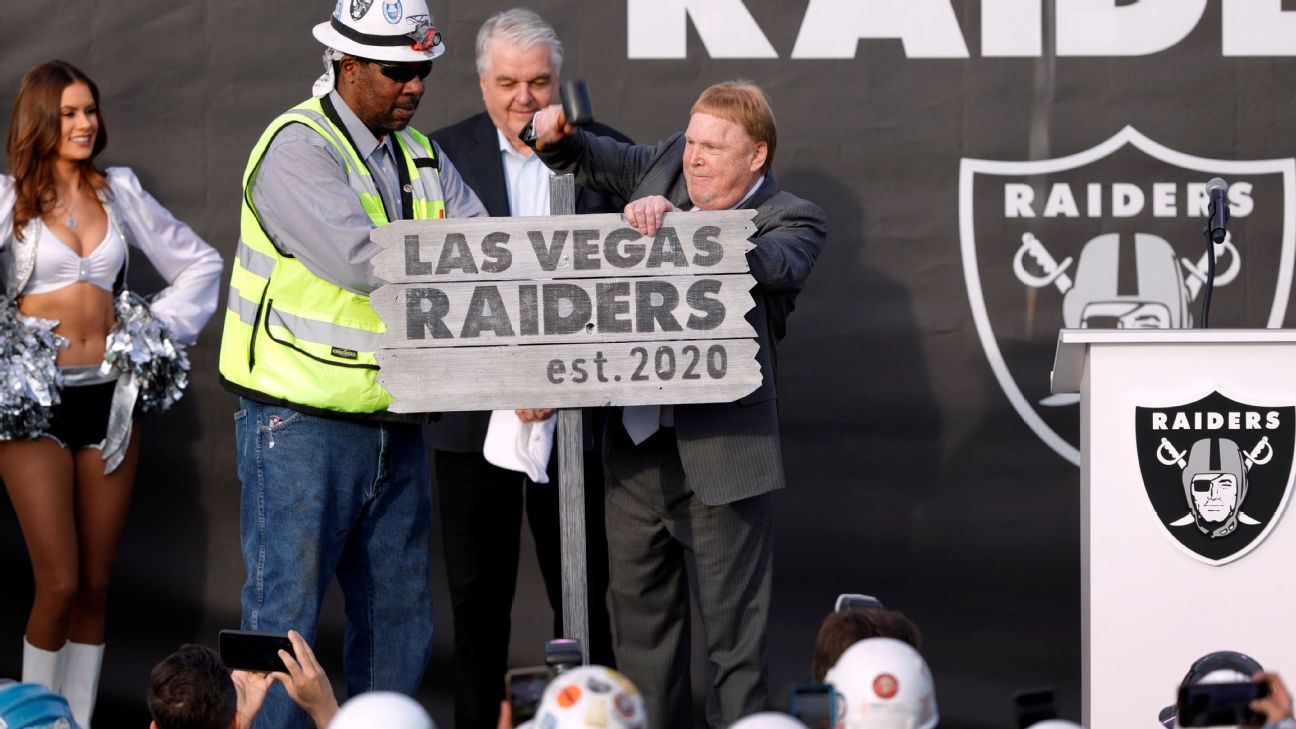 Carr took a certain pride in participating in Wednesday's ceremony to officially rename the franchise the "Las Vegas Raiders" outside the team's gleaming, new, $2 billion Allegiant Stadium, given how the rumor mill works for the quarterback in the offseason.

Not that the two events were related.

"I mean, there was a lot of quarterbacks at that fight," Carr said with a laugh of the Conor McGregor-Donald Cerrone bout when speaking to ESPN. "And there was a lot of football players at that fight that are free agents. And it's like, every time, with my job, it's always a story. No matter what. And knowing some people that were around, I even know what the conversation was [between Davis and Brady], and it's like, 'C'mon, man, when's it going to end?'"

"All of these things that [you'd think] everyone would be like, 'Yes, we're going the right way. Everything's getting better, and we know where we need to add things and where we [need] help.' You would think that that would be the story. But that's not how it works. And I understand that now," Carr said.

"Especially when people are seen with certain people. It's like, 'Oh, gosh. Well, I was at dinner with [Davis] last night. Does that count for anything?' Golly. It's just funny. But I'm used to it now. But I'll say it this way: I look forward to taking the first snap in that stadium, and I look forward to taking every snap from here on out -- until I'm done."

"They're going to be the Las Vegas Raiders, and they should be here on this day," Davis told ESPN.

With the Raiders' new practice facility in nearby Henderson not expected to open until June, the team will hold its offseason training program in Alameda, California, and hold training camp in Napa, California, before making the move, so long as the 65,000-seat Allegiant Stadium, with a translucent roof and natural grass, is ready. Team officials say the stadium is 80% complete, and construction is on schedule.

Davis, who also announced a $500,000 donation from the team to the Nevada Department of Agriculture meal-service program to help eliminate meal debt in schools, insisted that there would be no awkwardness in going between Northern California and Southern Nevada this summer.

"Oakland and Los Angeles will always be in the Raiders' DNA," he said, "but Las Vegas is Raider Nation's capital."

And what about Davis' meeting with Brady, who might be a free agent this spring and is infamously known to Raiders fans for his role in the Tuck Rule Game?