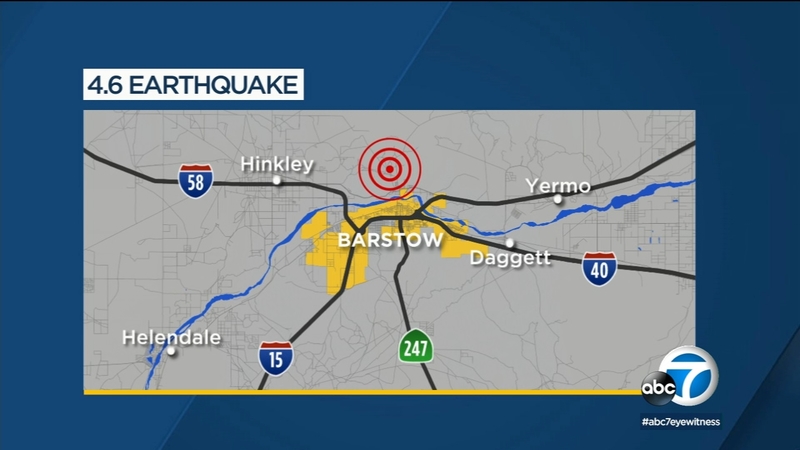 The quake hit shortly after 7 p.m. and hit nearly 14.2 miles north-northeast from Barstow, according to the USGS. The depth of the shallow temblor was about 2.3 miles.

Seismologist Dr. Lucy Jones tweeted following the quake, saying that it was scientifically interesting as it occurred on an unmapped thrust fault.

People reported feeling the quake across a large swath of Southern California, including Lancaster, Fontana, Apple Valley and Glendale.

There were no immediate reports of injuries or damage.