KABC
By Jovana Lara and Lisa Bartley
BEVERLY HILLS, Calif. (KABC) -- It should have been a cushy gig -- live at the posh Beverly Wilshire Hotel for weeks on end and be on call for a playboy prince from the Middle East. Matthew Allende never imagined the job would end with him trying to escape over a palace wall in Doha, Qatar.

"I started to think: Are they going to kill me in the middle of the night?" Allende tells Eyewitness News. "Am I going to disappear off the face of the planet?"

Allende, of Los Angeles, is one of two Americans taking on one of the wealthiest families on earth -- the royal family of Qatar -- in a federal lawsuit that reads more like a movie thriller.

Allende and Matthew Pittard, a military veteran who lives in Pasco County, Florida, are suing Sheikh Khalid bin Hamad Al Thani in the explosive lawsuit. Al Thani, 36, is the younger brother of the Emir of Qatar, who rules the tiny but oil-rich country.

"He was in the states and wanted me to come work as his head of security," says Pittard, who had previously consulted for the Sheikh's defense company, Geo Strategic Defense Solutions.

Allende, a paramedic, says he was hired by Al Thani in October 2017 to provide around the clock medical care for the sheikh while he was in Southern California. Both men later returned with Al Thani to Qatar.

Police said the apparent owner of luxury cars seen racing through a Beverly Hills neighborhood likely does not have diplomatic immunity like he claimed.

In the lawsuit, Allende and Pittard say they lived with the sheikh and his entourage of about 50 people at the famed Beverly Wilshire hotel in Beverly Hills in 2017.

The men say the playboy billionaire and father of four young girls spent much of his time in Southern California indulging his passion for guns and fast cars.

Al Thani made headlines back in 2015 for a dangerous drag race through a residential neighborhood in Beverly Hills that was caught on tape. Al Thani admitted to owning the canary-yellow, million-dollar Ferrari and the Porsche but denied being at the wheel during the illegal drag race. He skipped town soon after and tried to claim diplomatic immunity.

Pittard provided Eyewitness News with video of him and Al Thani firing guns at a shooting range north of Los Angeles. Allende showed us cellphone video he says shows Al Thani's servants vacuuming around a pile of guns at Al-Thani's palace.

"Sheikh was always waving guns around," says Pittard. "He had machine guns, he had a couple AK-47s, he had a few Berettas, some with suppressors and silencers."

In the lawsuit, Pittard says Al-Thani asked him to murder two people here in Los Angeles. First, a man who claimed to have compromising information about Al Thani.

Pittard says Al-Thani also asked him to kill a female friend of the Al Thani's wife, who he suspected had revealed their location in Beverly Hills to an enemy of the royal family.

"He said you need to take her out to the desert -- pop, pop -- put two behind her ear and bury her in the desert," says Pittard.

"I stood up immediately and said, 'Sheikh, don't ever ask me to do that again' and I left the room," said Pittard.

Despite their growing alarm, Pittard and Allende both returned to Qatar with Al Thani aboard his private jet. They lived in a "majlis," or palace, surrounded by high walls and armed guards.

"Incredible amounts of wealth -- to the point of obscene," recalls Allende.

The sheikh owns his own racing team, Al-Anabi Racing, which is based in Massachusetts. In Doha, Qatar, Al Thani maintained a fleet full of exotic cars and his own race track.

The men say the hours were punishing. In the lawsuit, Allende says he was forced to work three weeks straight and describes a "36-hour sleepless binge" by the sheikh.

Allende claims the sheikh then granted him a rare day off and permission to leave the palace ... only to change his mind.

"He has a guard there that's armed," recalled Allende. "He said, the sheikh changed his mind -- you're not leaving."

"I started yelling, 'I am an American, you cannot keep me against my will!'"

Allende claims he scaled a palace wall and tried to escape, jumping about 18 feet to the ground.

"I fell to the ground, rolling around in pain," says Allende. "The Emiri guard ... they jumped on top of me and went ahead and dragged me back inside, closed the gate, threw me back into my bed."

Allende underwent surgery and says he spent two months recuperating at the palace before returning to the United States.

"Now I have ten screws and a metal stencil holding my heel together," says Allende.

ABC News consultant and former CIA senior operative Darrell Blocker says the Qatari royal family rules with an iron fist and a net worth believed to be in the billions.

"The amount of wealth that the ruling family of Qatar has is probably equivalent to the largest jackpot in lotto history," Blocker tells Eyewitness News. "The people in the ruling family in Qatar really don't play by any rules."

According to the lawsuit, Al Thani threatened to kill Pittard after the former Marine helped a third American -- a Los Angeles man and USC graduate -- escape the sheikh's palace.

"He again tried to leave the palace, forced back at gunpoint," recalls Pittard.

With help from the U.S. embassy in Qatar, Pittard says he helped the third American flee the country.

"Sheikh Khalid called me on my cellphone, he said you backstabbing piece of (expletive)," says Pittard. "I'm going to (expletive) kill you and bury you in the desert and kill your family."

ABC7 reached out to the Sheikh himself multiple times for comment. He did not return our calls.

The attorney representing Al Thani for this lawsuit declined to comment, but did ask a judge to dismiss the case based on jurisdictional issues.

Pittard and Allende's attorney, Rebecca Castaneda, is asking to voluntarily dismiss the Florida lawsuit, so they can refile the cases in Massachusetts, where the sheikh's Al-Anabi racing team is based.

Meanwhile, Pittard and Allende are both now back in the United States, but still fear for their lives.

"I think the likelihood of their phones being hacked is almost 100 percent," says Blocker. 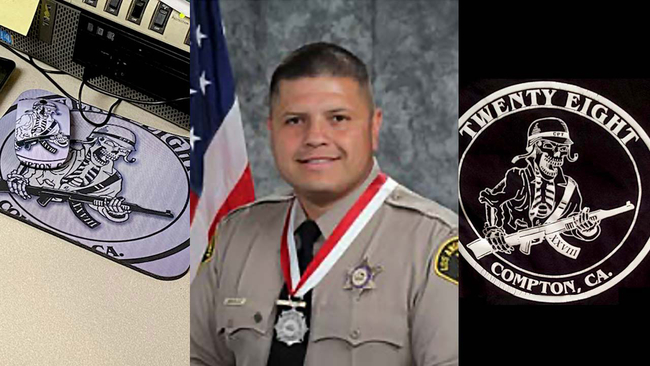 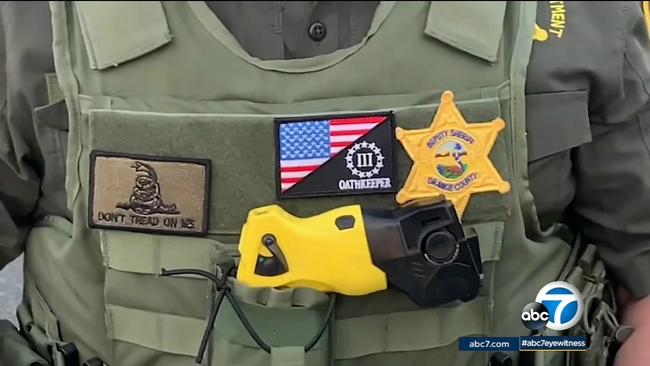