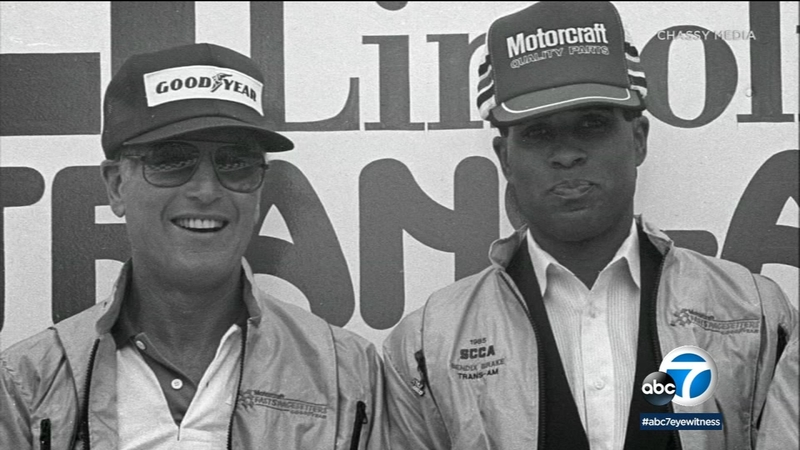 Most every professional sport in the United States has been integrated for some time. But there's an exception: Auto racing.

"The NFL, NBA, Major League Baseball. They have done their job, in terms of making their sport look like the country they're in. Except for auto racing in the United States," said now-retired professional race driver Willy T. Ribbs.

He's the subject of a new documentary, "Uppity: the Willy T. Ribbs Story" which chronicles the Northern California native's breaking of the color barrier in motorsports.

It's the latest project from Adam Carolla, who has previously made other racing documentaries, including one about actor and racer Paul Newman.

It was while making the Newman documentary that Carolla knew Ribbs' story could be its own documentary.

Ribbs had natural talent, and had success in Europe driving open-wheel cars at the entry level. But then he hit the roadblock many aspiring racers do: lack of money. In the sport of racing, it's expensive to climb the ladder.

The story shows how Ribbs developed backers in high places who wanted to give his career some help. He got a brief ride in NASCAR in the early 1980s. But racism, both veiled and blatant, put a quick end to that game plan.

Then he had success in Trans Am racing in the mid-1980s.

But again, the odds were stacked against him, even though he won races.

Ribbs then moved on to his ultimate goal: race in the legendary Indianapolis 500.

After a lot of hard-fought struggles, he became the first African-American to qualify for the historic race in 1991. Driving for a low-budget team proved to be the kiss of death for his ability to finish the race his first time out. He got another shot in 1993, but with another underfunded team.

After a recent screening of the documentary at the Petersen Museum, I asked Ribbs if he might want to be a mentor to another black driver, or drivers. He'd said yes, but he'd like to do much more.

"I could see a Willy T. Ribbs racing team. I could see that because I know the business. Could be with any driver. Could be a white driver, black driver, or a woman. But Willy T. Ribbs wins. And that's what it's always been," said Ribbs confidently.

Throughout the documentary, we find that Ribbs was never short of confidence or even bravado. That continues to this day, and is captured very well in this true-life story. He does use some harsh language, but that's very much part of this racer's blunt personality.