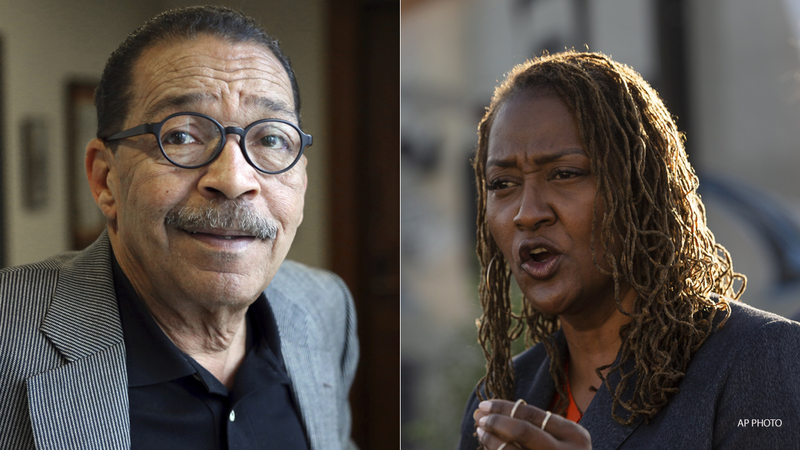 LOS ANGELES (KABC) -- The race to fill an open seat on the Los Angeles County Board of Supervisors appears to be headed to a runoff in the November election.

Former L.A. City Council president Herb Wesson and State Senator Holly Mitchel are vying to represent the 2nd District, which stretches from Carson to Culver City and is home to two million people. The incumbent for the district, Mark Ridley-Thomas, is termed out.

Partial election returns from Tuesday's election showed Wesson leading the field with 32.1% of the vote, while Mitchell comes in at nearly 26%. The top two candidates will go to a runoff in November if no candidates wins more than 50% of the vote.

Former City Councilwoman Jan Perry lagged far behind with about 13%

"I'm just very appreciative to all of the people that went out to vote," Wesson said.

The five-member board represents 10 million people and controls a $36-billion budget, overseeing the county's jails and hospital systems, as well as social services.

The long-term councilman stepped down as council president in December to run for the powerful seat on the board, making way for Nury Martinez to be elected as the first Latina president of the City Council.

Recent gas prices are moving in the right direction for Southern California drivers. Some stations are dropping the price for a gallon of regular to about $3, surprising customers.