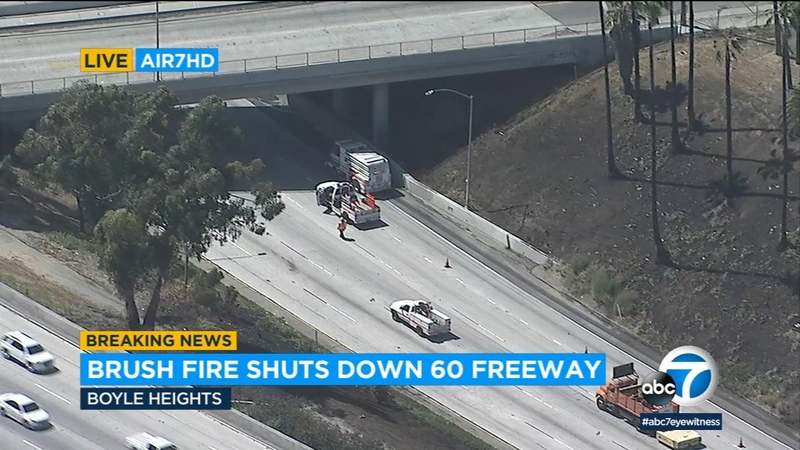 BOYLE HEIGHTS, LOS ANGELES (KABC) -- A brush fire erupted Wednesday afternoon on an embankment alongside the 60 Freeway in Boyle Heights, prompting the closure of all westbound lanes.

The single-acre fire was reported about 12:15 p.m. near the Seventh Street offramp, prompting a response from 70 firefighters, the Los Angeles Fire Department said.

The blaze, which involved multiple palm trees, was extinguished in just under two hours, the Fire Department said. Firefighters were conducting mop-up operations to ensure that no hotspots flared up.

The freeway shutdown snarled midday traffic in the area as drivers were forced to seek alternative routes.