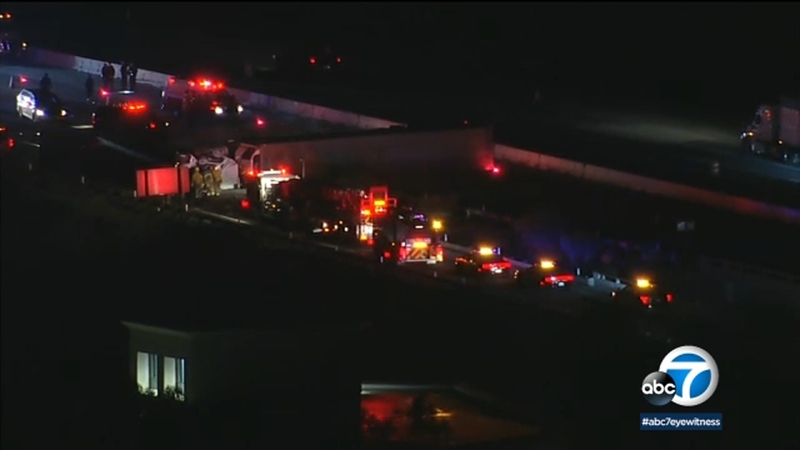 MONTEREY PARK, Calif. (KABC) -- Crews raced to rescue a trapped driver after a crash between a big rig and a minivan on the 60 Freeway shut down westbound lanes in Monterey Park Monday night.

The crash happened around 9:30 p.m. near the Garfield Avenue exit and prompted all westbound lanes to shut down.

Crews worked for more than an hour to rescue the big rig driver, who was trapped inside the cab. Firefighters were tearing apart the cab to try and get better access to the driver.

Shortly before 11 p.m., firefighters were able to extricate the driver. Aerial footage from AIR7 HD showed the victim being pulled from the wreckage. The driver was transported to a hospital in unknown condition.

By about 7 a.m. Tuesday, most lanes of the freeway opened back up, with the exception of one lane, which would remain closed for another 3 hours for guardrail repair.

It was unclear how many people were in the minivan at the time of the crash, but no injuries were reported.