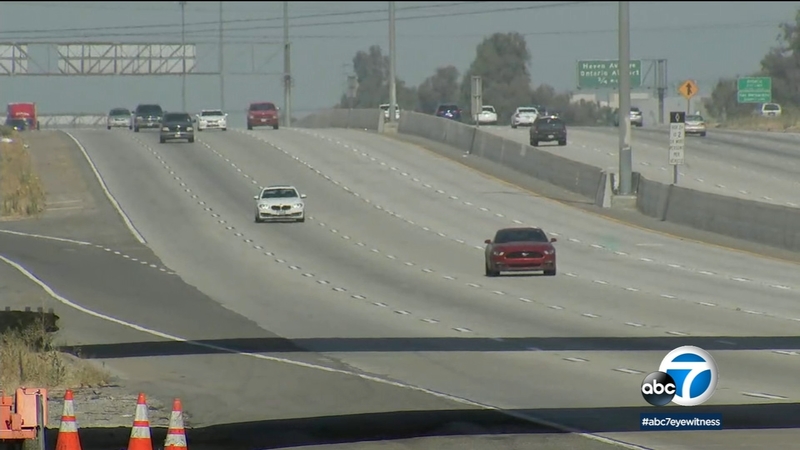 GLEN AVON, Calif. (KABC) -- The 60 Freeway reopened Sunday after crews finished part of the major repaving project ahead of schedule.

Construction had the eastbound lanes near Valley Way in Glen Avon shut down the entire weekend as the so-called "60 Swarm" kicked off Friday at 10 p.m. The closure was expected to run through Monday at 5 a.m. but opened shortly after 10 a.m. Sunday. The westbound lanes of the freeway remained open.

Weekend closures will continue through Sept. 9, with the exception of Labor Day weekend, then switch to the westbound lanes.
There will also be partial closures during week nights, but only after rush hour.

Caltrans recommends drivers use the 10 or the 91 as alternate routes. Some of the roads deep in the closure area aren't big enough to handle all the traffic, so officials are urging people not to use side streets as a detour.