1 dead after crash on 605 Freeway in Cerritos 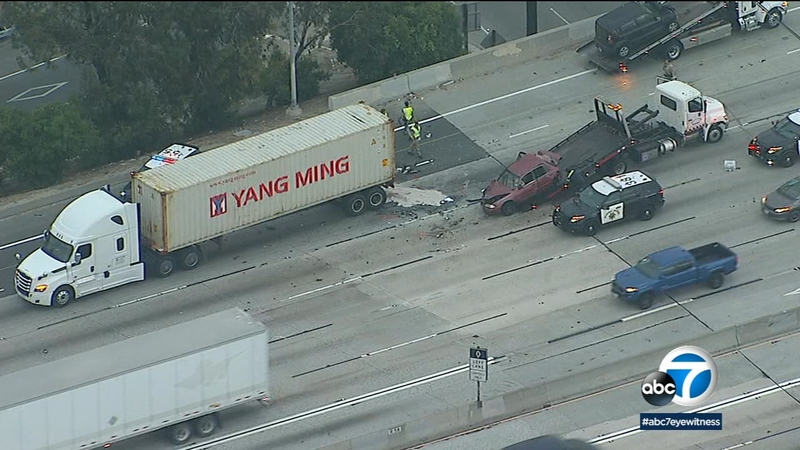 1 dead after crash on 605 Freeway in Cerritos

CERRITOS, Calif. (KABC) -- Multiple lanes on the southbound 605 Freeway in Cerritos were blocked after a person was killed in a crash Tuesday morning.

The crash was reported at about 3:30 a.m., causing a complete shut down of the freeway for nearly an hour.

Footage from AIR7 HD showed two cars severely damaged, including one vehicle that was wrecked from the back and end. Traffic was also snarled as three lanes continue to be blocked.

It was not immediately known what led to the crash.