Coronavirus: SoCal couple coming back home after being stranded in Philippines for over a month

Ben Renzulli and his girlfriend traveled to the country for a dream vacation but instead found themselves dealing with a full lockdown in a foreign country.
KABC
By John Gregory
SANTA CLARITA, Calif. (KABC) -- A Southern California couple has now found a way back home after becoming stranded in the Philippines for over month during the coronavirus pandemic.

Ben Renzulli and his girlfriend traveled to the country for a dream vacation but instead found themselves dealing with a full lockdown in a foreign country.

Renzulli said they landed in Cebu, Manila when they noticed things weren't right.

"We saw on the news that the World Health Organization announced that this was a global pandemic. Following that on the 14th, the president here did a national lockdown and restricted all domestic and international flights," he said.

While trapped on the remote island, the couple were placed under a 14-day quarantine. They reached out to the U.S. embassy, but Renzulli quickly grew frustrated with the embassy's response.

"It's a little concerning that the United States embassy doesn't really have a plan of getting their citizens home directly, instead they are relying on other countries," he added.

That's when Australia stepped in and allowed the couple to book seats on a flight home -- almost 40 days after they became stranded.

While he is frustrated with the U.S. response Renzulli says he is looking forward to having more freedom in America.

"There's checkpoints everywhere, making sure that people are following orders here and they're taking it very serious here. It's definitely not like the United States of America," he said.
Report a correction or typo
Related topics:
travellos angeles countysanta claritaair traveltravelcoronaviruscovid 19
Copyright © 2020 KABC-TV. All Rights Reserved.
CORONAVIRUS Hundreds of hate incidents against Asian Americans reported in CA 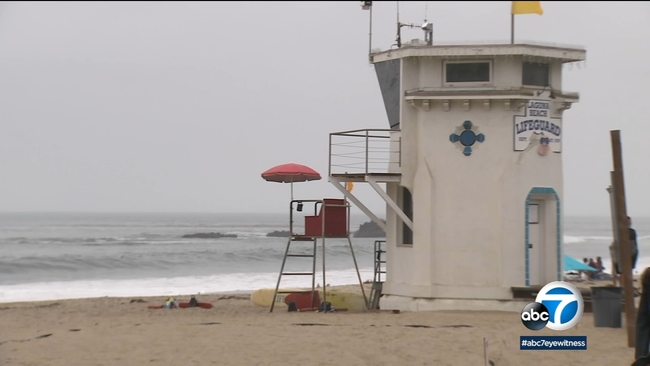